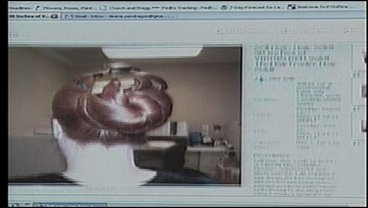 Groceries, bills, mortgages... It all adds up. And in a struggling economy, every penny counts.

So it's no wonder, people are leaving no stone unturned when it comes to creative ways to make cash.

In a KTEN Special Assignment Report, we show you ways to make money that you may not have thought about.

When Deanna Pendtragon's car died, she and her husband started the hunt for a replacement.

Pendtragon says, "We looked at the state of the economy and we decided that we didn't want to go into debt for another car."

Instead of cutting a loan check every month, Deanna decided to cut her hair for the first time in 18 years.

"I figured this is it, I can sell my hair, everybody's always crooned over my hair."

You can now place an ad to sell your locks on sites like hair works dot come and the hairtrader.com, where clients earn anywhere from $150 to more than $2,500.

Jacalyn Elise says, "Because of the economy we've experienced about a 40 % increase over the last few months."

The longer and healthier the more valuable to wigmakers and others.

"It was really easy and I was shocked at how high it went."

While some are losing locks for extra cash, others are going deeper and selling plasma.

The rich liquid portion of your blood is used to help develop life saving medical therapies and drugs.

Joshua Penrod of PPTA says, "The trend has been existing for the past three plus years. I haven't seen any indication that is going to be any different in the future."

Compensation ranges from $20 to $40 per donation.

For struggling college student Lisa Teicher, donating plasma allowed her to help others and take an unpaid internship.

Plasma is separated from your red blood cells. The cells are then returned to your body, which allows you to roll up your sleeve more often.

"Donating whole blood you can do once every eight weeks. Donating plasma you can do twice in a seven day period."

That's what Lisa does in order to make what she needs.

If the thought of needles makes you woozy, you might want to consider shopping to keep your budget on track.

The Mystery Shopping Proficers Association says more consumers than ever are going under cover to report on the performance of all kinds of businesses.

Chuck Paul of MSPA says, "If you do three or four shops within a small radius near your house, you know you can add that up and  that can help your monthly income."

Mystery shoppers can make anywhere from five dollars to well over a hundred, but it's not just the income experts say consumers get free perks that help the bottom line.

As far as the plasma, we did check with local organizations like the Oklahoma Blood Institute and the Texoma Regional Blood Center. While they don't pay you for your blood or plasma, they say to remember that they always need donations.

One thing you do get in return is the knowledge that you helped save someone's life.

Jacalyn Elise
The Hair Trader
www.thehairtrader.com
Jacalyn Elise is Executive Partner of TheHairTrader.com. She started the Web site to help a friend who wanted to sell her hair and make some extra money. The site has taken off by word of mouth and now has thousands of listings.

Chuck Paul
Mystery Shopping Providers Association
A Closer Look
Chuck Paul is with the Mystery Shopping Providers Association and is on the Board of Directors. After graduating from college in 1972, Chuck embarked on a 29-year career of working in the hospitality industry. He has worked with companies such as: Holiday Inn, Steak and Ale, Houlihan's, and Grady's American Grill. In 1994, Chuck teamed up with David McAleese to form what is now A Closer Look. That year, ACL began mystery shopping the restaurant and hotel industry with a total of 6 local shoppers in the Atlanta area. ACL is now home to over 25,000 qualified shoppers throughout the U.S and Canada.