TXDOT Projects Bring In Hundreds OF Jobs To Grayson County 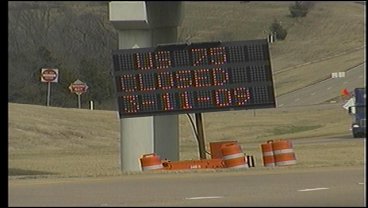 Traffic on Highway 75 in Sherman and Denison can be slow at times, especially with all the construction going on. But, the good news is it's creating jobs. And with the approval of three more projects in Grayson County, officials expect to add 300 more.

As you drive into Sherman on Highway 75, road-work signs and construction crews can be seen for miles. And, plan on them being there for the next several months.

And, the projects are bringing in 325 jobs, to be exact. Currently, TXDOT crews are getting ready to repair the bridge that's about a mile south of the Texas travel center.

Beginning March 11th, all traffic headed north will be rerouted to the service road for about a mile until April 2nd.

Crews hope to begin working on F. M. 691 in the next few months.