Now's the Time to Buy a Home - KTEN.com - Texoma news, weather and sports

Now's the Time to Buy a Home 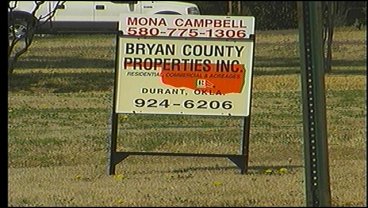 If you drive up and down the streets of any city in Texoma for sale signs litter hundreds of driveways. Realtors say the market is good for buying, but what about selling?

Paul Conley and his wife moved into a home in Northeast Durant four years ago when they retired. Now his wife wants more acreage, so their in the market for a new home.

"Most of the homes my wife looked at and would like to purchase are in fact selling 10, 15, 20% lower than two years ago."

That's good news for home buyers, but Conley is also trying to sell his home, which has been on the market for about 10 months.

He says he's not in a rush to sell because he doesn't want to lower the price of his home.

"I don't financially want to put myself in a situation where I sell this house for less than it would cost to buy the new house."

Mark Lilly, President of the Texoma Board of Realtors, says the market is great in North Texas and Southeastern Oklahoma, particularly Durant.

"The prices are stable, up slightly, interest rates are still low, and first time home buyers tax incentive is something that's a great opportunity to get off the fence and go ahead and buy."

Conley is hoping he'll cash in on that good news, hopefully selling his home by the end of the year.