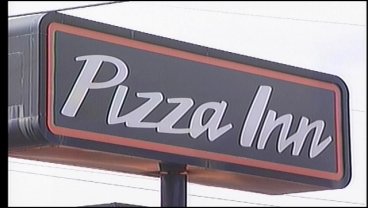 Last week we told you that the Pizza Inn on Texoma Parkway was temporarily closed because of quality concerns. Turns out, the restaurant de-faulted on its franchise agreement with Pizza Inn nearly a year ago. But the sign's still up, and they're still claiming to serve Pizza Inn pizza. KTEN's Katy Blakey has more in "Behind the Kitchen Door."

All signs point to Pizza Inn: the windows, the coupons, even the answering machine.

We took our cameras inside the restaurant, repeated those words to staff and showed them the statement. A shift-supervisor said it's news to him.

Here's part of the CEO's statement: "Although Pizza Inn signage is displayed at this Sherman location, the operator is not a Pizza Inn franchise, and this restaurant has not been a Pizza Inn restaurant for almost a year.  Unfortunately, the former franchisee refused to remove Pizza Inn's signs after his franchise agreement was terminated last year."

The Dallas-based company says part of the reason the operator defaulted on his agreement, was because of some quality issues. The company is suing the operator for trademark infringement and breach of contract.

After problems with the health department, and now and ongoing lawsuit with the national chain, customers are turning away.

"You think you're at a Pizza Inn but you're not. What's really going on?"

"I think they should be shut down. That's false advertising."

We spoke with the owner and operator of the former Sherman Pizza Inn. He says he's eager to share his side of the story, at a later time.

Behind the Kitchen Door, Katy Blakey