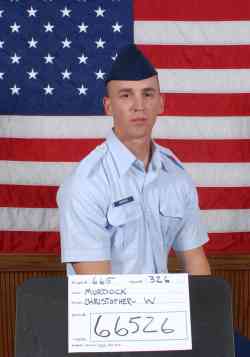 Murdock earned distinction as an honor graduate of the course.

The airman graduated in 2003 from Howe High School, Texas, and received an associate degree in 2006 from Grayson County College, Denison, Texas.