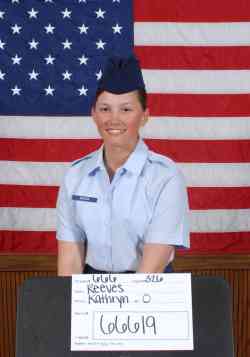 Reeves is the daughter of Kelly and Julie Reeves of Loftis St., Ardmore, Oklahoma. The airman is a 2008 graduate of Lone Grove High School, Oklahoma.