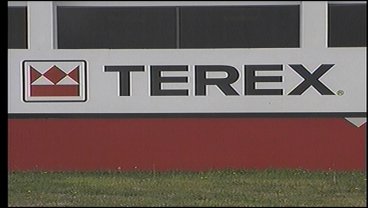 Watching out for your money: It's hit everything from Walmart to Billy Graham. Now, another round of layoffs in Texoma. This one, Terex Reedrill forced to hand out pink slips. It's a Fortune 500 company that sells drilling and other equipment for bridge and road construction worldwide. KTEN's Jhen Kordela has more.

Forty-nine Terex Redrill employees have lost their jobs, although nothing's official until Friday.

The drilling manufacturer has marketed its product worldwide from the Denison facility since 1936. Now, it blames the global economic slowdown for its local cutbacks.

Terex stock fell 31-percent earlier this month. Then, on February 16th, the company's CEO was quoted in USA Today saying Terex has already cut 5,000 of 21,000 thousand jobs globally. And, "Some more cuts are coming."

According to Rhoden, there are 4 to 5 unemployment insurance experts across the state. And, while companies throughout Texas are experiencing layoffs, it takes some time to get someone here to help affected workers.