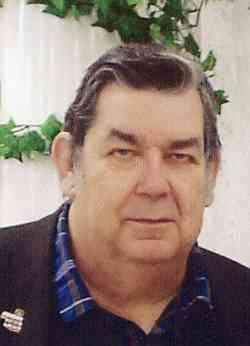 We want to pause to remember a former member of our KTEN family who passed away.

Our station historian tells us that Daniel Lalli anchored the news at KTEN in the late 1950's or early 1960's. That's when our studios were in Ada.

After his short stint in TV, he taught junior high science in Texas, Oklahoma city, and McAlester before becoming an attorney.

He's survived by his wife, Anita, a daughter and two grandchildren. Funeral services are planned for Tuesday morning, in McAlester.

Below is Daniel Lalli's official obituary:

Daniel was born January 26, 1941 to Paul and Dolly Rose (Daniels) Lalli in Oklahoma City, Oklahoma.  Daniel graduated from St John's Catholic School.  He received a Bachelor Degree from the University of Tulsa.  He received his Juris Doctrate from the University of Tulsa. Daniel married Anita Kroth December 26, 1964 in Ada, OK. Daniel taught Junior High science classes in Texas, Oklahoma City, and McAlester.  He worked as an attorney in McAlester and as a Realtor.  He was a past President of the McAlester Board of Realtor and owned and operated Lalli School of Real Estate teaching agents, brokers and appraisers.  He also was an Exalted Ruler of the Elk's Lodge #533, McAlester, Oklahoma.  Daniel was a member of St. John the Evangelist Church.

He is survived by his wife Anita Lalli of the home; daughter, Debbie Lalli of McAlester, OK; sisters, Paula Cormier and husband Moise "Slim" of McAlester and Rosemary Lalli of Pauls Valley, OK, OK; two grandchildren: Darla Pierson and Sharron Lalli, both of McAlester, OK; sisters-in-law, Charlene Corvin of Wilburton, OK and Glenda Kroth of Purcell, OK; brother-in-law, W.E. Laughlin of Houston, TX; Aunts and Uncles: Danny and Imogene Lalli, Mary Deel, Ann Lalli, and Jackie Lalli all of McAlester, OK; and numerous nieces, nephews and other family and friends.

The family will greet friends Sunday 2:00 p.m. until 4:00 p.m. at Chaney-Harkins Funeral Home.