The Salvation Army is in Need of Donations - KTEN.com - Texoma news, weather and sports

The Salvation Army is in Need of Donations 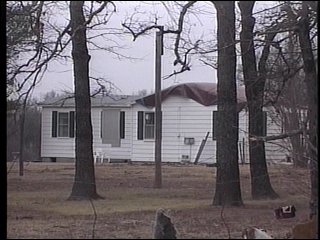 The Salvation Army has been assisting the victims of last week's tornado in Lone Grove.  But now they say they are in dire need of donations.   KTEN's Meredith Saldana has more.

The Salvation Army says in the first 3 days following the tornado they had already spent $5,000 and have more bills coming in.

Money has been spent feeding victims of the deadly storm and providing immediate needs to the residents affected.

Captain Ernie Hull says when disaster strikes the Salvation Army responds immediately and starts helping in the disaster areas on the good faith that donations will come in to help cover the costs.

Hull says, "It's very important.  We want to meet the needs of these families.  This is a little community, it's been impacted in a big way and the Salvation Army wants to try to meet every need we possibly can.  Again we're only limited by the giving public and what they're able to give."

The Salvation Army has served more than 5,000 meals since the disaster, and also offers comfort kits with toiletries, toothbrushes and other household items.

It also offers emergency shelter for those who can't afford hotels or don't have family or someone to stay with.

As well as social services for the emotional toll the storm has taken on local families.

If you would like to make a monetary donation you can call1-800-SAL-ARMY or you can log onto WWW.SalvationArmyUSA.ORG.