A Look Ahead At Consumer Spending For Valentine's Day - KTEN.com - Texoma news, weather and sports

A Look Ahead At Consumer Spending For Valentine's Day 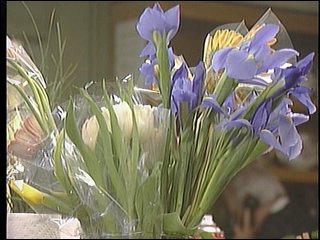 Valentine's Day: Will the first big consumer holiday of 2009 show a positive economic trend? KTEN's Jhen Kordela has look ahead.

Love conquers all, but some experts say Valentine's Day won't conquer the weak economy. At Judy's Flower Shop in Denison, owner Judy Holder says it's too early to tell how the holiday will fair, especially because she says a lot of men are last-minute shoppers.

She has seen one trend so far: Whether consumers are using it out of convenience or with plans to pay later, the store has seen more plastic than paper when it comes to payments.

As for sales though, while orders have remained on track, Holder is taking the economic predictions into account.

"With the economy the way it is, this year we tried to order a little bit less but still wanted to have enough, should they buy things the same they have in the past," says Holder.

Still, the National Retail Federation isn't expecting a drastic change. According to the NRF, more than a third of people, 35.7 percent will buy flowers, close to last year's 35.9 percent.

The number of those expected to bring home jewelry is down slightly more than a half-percent.

The only increase? More people are expected to buy greeting cards.