Out Of Control Black Friday Shopping 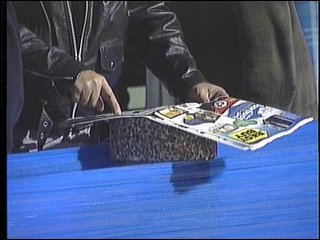 Black Friday shopping get's out of control in Sherman. KTEN's Whitney Allen talked with local shoppers who tell us just how crazy it's been in the stores.

Two state shopper, Lara Mclure says, "At the Wal-Mart in Durant there was a fist fighting over DVD players." Another Sherman shopper Kyle Ogilby says, "They had a fist fight in the back over a  comforters, women were beating each other up over pots, and one woman even pulled out pepper spray, it got really crazy." Sherman resident Lyndsey Lamar says, "I was in charge to buy the sheets out of my group, people were getting in trouble and having to put stuff back."

The combination of hundreds people and thousands of bargains, made for a crazy morning. Ogilby says, "It was hectic, I got to Wal-Mart as soon as it opened I did anything not to get run over." Mclure says, "They were running over people in the parking lot, it was terrible." Lamar says, "The line was backed up, I tried to get my stuff and get out of there."

Even though it was hectic most shoppers said the bargains made this morning worth while. Lamar says, "It was basically like bumper cars, but it was worth it"