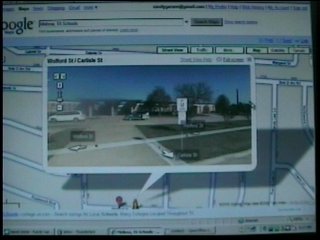 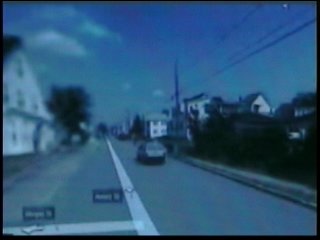 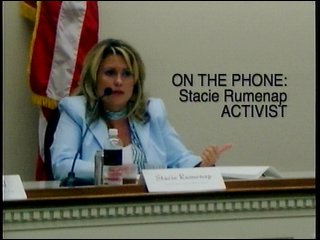 Sex predators have been known to use Facebook and MySpace to find their victims. But now, an activist group warns there's another tool, specifically Google maps. They claim there is a feature on Google maps that makes it easier for sex predators to target their prey. As KTEN's Randy Garsee discovered not only can this feature freeze people, even children, in time, it will also make its way to Texoma soon.

Click on Google.
Click on maps.
In many parts of the country, the maps section has a feature called "Street View."

And it's exactly that. A 360-degree picture from the street level, showing homes, businesses, schools, and whoever happens to be there at the time, including children, although we will not show clear pictures of children in this report.

"Street View was getting some debate in the media about privacy concerns, but no one seemed to be talking about the potential threat to child safety when you're looking at online mapping applications that memorialize a child with a physical address," says Stacey Rumenap over the phone.

She's with Stop Internet Predators.org, based out of Washington, DC. She's battling Google because she believes street view is a threat to children.

So I asked two local people, whose jobs include protecting children, to take their first ever look at street view. This was their reaction.

I asked Sergeant Bruce Dawsey if this tool could be used by predators. He said, "Yeah, it's not beyond the imagination that they could use this to, to, shop around a targeted area just like someone would use to shop on a catalogue for merchandise or something."

Suzette Jewell, executive director of the Girls and Boys Club in Denison, agreed, "Oh, I do, definitely.   I mean if they can see a car and a license plate and know whose car is where.   They could see kids, especially if they know where a school is.   They're going to be able to say, ‘here's a cute little kid here' and know in an instant where that is."

Google's "Street View" has not trained its unblinking eye on our area yet, but it will. Note the blue area on the map.

Slowly, it's coming out of the Oklahoma city suburbs. Now, look to our south. It's already as close as Anna, Texas.

So when will it reach our area. I e-mailed Google's corporate office.

This was the reply, "Unfortunately we don't have any timeline to share; what I can say is that we're actively working on expanding the coverage of street view so that more cities and towns across the country can take advantage of the feature," signed Elaine Filadelfo, Google Inc., Global Communications & Public Affairs.

Before it gets here, maybe StopInternetPredators.org will win its battle with Google.

Rumenap says, "And our hope is we can work with Google to come up with a better solution to safeguard the technology so that if someone wants to see a picture of their house or a particular area, they can do so, but they can do so without seeing pictures of kids. We're asking Google to remove all images of kids and areas where they congregate from 'Street View'."

Rumenap admits there are no known cases where a sex predator used street view to find a victim. She believes, it's only a matter of time. Rumenap says right now, you can fill out a form at Google if you notice a child on street view, but she says the search engine company will only blur their faces.

She continues to ask them to remove the image so no child can be seen at all.