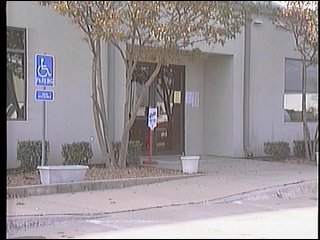 Tuesday is election day in America, a day that has been in the works for over two years. This Tuesday, voters faced the choice for a new President, Senators, Congressman and will decide several local races and issues. KTEN's Whitney Allen went to a local voting location and has more on how voting is shaping up, here's what a few had to say.

Adell Christman an Election Judge says, "We have not been as busy as other polls have been. I called my husband who's working in Whitesborro and he's been very busy." Kenneth Lindsay who voted Tuesday morning says, "We have to make a change, I am a Katrina evacuee and the way things went in New Orleans, we need a change." Delia king who also voted Tuesday says, "I was thinking on my way over here I must press on until I vote today." Maggie Reppond a Grayson County voter says, "I didnt have to wait at all to vote."

The polls opened at 7 Tuesday morning and will close at 7 Tuesday night. In Texas the election Chief expects 68 percent of the state's 13.5 million registered voters will cast their ballots by the end of the day on Tuesday.     .