An In-Depth Look at Development on Lake Texoma 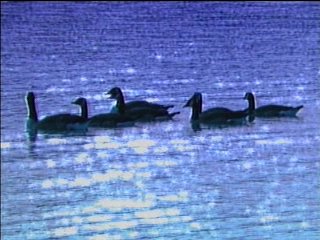 Public officials are supposed to act in the best interest of the public, But what role does money play in the political process? Whether you like it or not, money is a part of politics. And, as you'll see, it's no different on a local front -- especially when it comes to big changes -- like development out at Lake Texoma. KTEN's Jhen Kordela has a special report.

The Kingston portion of Lake Texoma is quiet -- that's in contrast to what's to come for the site and of what it once was.

Nearly two years ago, a number of state actions began paving the way for a private development that will affect Marshall County forever.

"It is probably the largest project that our commission has ever considered," says Hardy Watkins, director of the Oklahoma Tourism and Recreation Department

In November, 2006, the Commissioners of the Land Office, in trying to shed an ailing lodge, found a private developer to renovate the property: Pointe Vista Development.

Less than a month later, the Lake Texoma Lodge closed -- a move that would cause several surrounding businesses to struggle and eventually shut down.

"At first everybody thought how good this was going to be," says Boyd Steele, president of the Oakridge Housing Association. "And then, they started to see the small businesses around here almost going broke, the tourism has stopped, the area is in I would say this area is in a depression right now."

But, the lull in tourism was viewed by some as a temporary setback before a major step forward. Affected businesses would eventually allow for the state to buy out their leases, opening up more land for the project.

"What's really exciting is its location between Dallas and Oklahoma City makes it real attractive to lots and lots of people for vacation getaways, for weekend homes, for conferences and that sort of thing," says Watkins.

The project, dreamed up by developers Aubrey Mclendon and Mark Fischer, includes a resort, convention center, condos, even a water park. Mark's son, Scott Fischer, is spearheading the project.

"We've been working for two years, says Scott Fischer, operating manager of Pointe Vista Development, "and it's been a rough two years, but hopefully in the end the reward will be worth it."

From the start, the multi-million dollar project took center stage for some on a local, state and federal level. And for years, area public officials involved in the project have received contributions from one of two men who make up Pointe vista development.

"The best we can do as a public is to watch the money," says Dr. Christine Pappas, associate political science professor at East Central University, "make sure we know where its coming from and what they expect for their money

Two months later, Mclendon exercised his first amendment right once again by making the same contributions to "Fallin for Congress."

In March of 2007 U.S. Representatives Tom Cole and Mary Fallin attached language to legislation that would make it more likely to be signed into law. The wording in the bill, which later passed, called for Oklahoma to keep 227* acres of shoreline from the federal government to in turn sell to Pointe Vista.

In a written statement by Scott Fischer, he states, "the sweeping support from citizens, business and government leaders for this exciting project was based on its strong economic merits and no other reason."

The scope of the project kept getting wider as Pointe Vista continued to acquire more land.

"Money talks, and if you have more money, you get to talk louder," says Pappas.

2007 wrapped up with a number of contributions, making Mclendon's PAC a top-five contributor to Congressman Cole.

"I don't think that any American would believe that this money would flow to the politicians without any sort of -- it's not exactly quid pro quo, they perhaps maybe aren't getting an immediate benefit -- but some benefit probably will accrue with this money being passed to the politicians," says Pappas.

In May of this year, at a tourism meeting, the commission gave Catfish Bay and Pointe Vista 28 days to reach an agreement to sell the marina. After 15 years, the marina is now under new ownership, but the previous owners didn't want to sell.

The previous operator of Catfish Bay Marina, Sherri Williams, legally can't discuss the transaction, but she did issue this statement: "This is not what we wanted. We wanted to continue operation. My issues are not with Pointe Vista. They are with the Oklahoma Department of Tourism. I feel like they were less than honest with us."

"If they had chosen not to come to an agreement with Pointe Vista, there was every opportunity that they would have continued to operate that marina into the future," says Watkins. "Now the commission would have had the ability to make that decision and to determine if they wanted to exercise any of the options that they had."

"Our goal in this thing is to get Pointe vista to come to the bargaining table, set down and protect the rights of the property owners of Oakridge and to assist and help Pointe Vista go forward with their development," says Steele.

From here, what's to come to the expanding Lake Texoma property depends on how those with the power interpret the voices of Marshall County.

After contacting both the congressional offices of Tom Cole and Mary Fallin back in late June, neither were able to schedule an interview. KTEN did however receive statements from each office:

Here is the statement from Congressman Cole:

"The economic development of the Lake Texoma region has long been a priority for the State of Oklahoma.  I have supported efforts to improve the infrastructure and economic vitality of the region by working with local and state officials to secure the land required for a world class destination resort.  I, along with the entire Oklahoma Congressional delegation, supported the legislation that provided for the land transfer.  That legislation also included a number of critical projects for Oklahoma including vital sewer improvements in the Cities of Ada and Ardmore, debt forgiveness for Waurika Lake, and relocation assistance for residents of Tar Creek."

"It should come as no surprise that someone from an oil and gas producing state who has a strong record of promoting domestic energy production would receive support from leaders in that industry.  That support is completely unrelated to the Lake Texoma redevelopment which I have supported at the request of the State of Oklahoma and the local communities."

In a prepared statement from Congresswoman Mary Fallin's office:

As Lieutenant Governor, Mary Fallin served as a member of the Oklahoma Tourism Commission and was a strong advocate, along with other members of the Commission and state legislators from southern Oklahoma of efforts to privatize the lodge and other operations at Lake Texoma. The Legislature voted to pass legislation in the early 2000's to authorize the sale of the lodge and other property to private developers because they agreed the cost of replacing or refurbishing the 50-year-old lodge should not have been borne by the taxpayers. Under the plan, the Commissioners of the Land Office were designated as the state agency that would deal with private developers and finalize the sale of the property. At no time as Lieutenant Governor or as a member of Congress did Mary Fallin have any unilateral say over how the privatization would be conducted or who would win the right to develop the lodge property. In fact, Fallin was not part of the appointed entity that decided the final bid.

Once the legislation was passed, the Commissioners of the Land office entered into an agreement with Gagne Development Co. of Connecticut. Gagne failed to complete the project and it was later rebid, going to the Pointe Vista Development group involving Mr. McClendon and others. At no time did any relationship between Mary Fallin and Mr. McClendon play any role in awarding that contract.  On the federal level Congresswoman Fallin continued work begun by her predecessor, Congressman Ernest Istook, to pass legislation that helped the state maintain title of a small portion of the land to be developed rather than reverting back control to the U.S. Army Corp of Engineers.

Building private/public partnerships for the redevelopment of state lodges like Texoma was the culmination of a plan that began to take root over a decade ago. It has enjoyed broad support along the way and at the time of the final sale. Gov... Brad Henry also supported it, along with other officials of both parties at the state and federal levels. This is and always has been an issue about what is right for the taxpayers of Oklahoma.

* Scott Fischer has contacted KTEN disputing the acreage of the WRDA as 27 acres. Fischer has produced documentation from the Army Corps of Engineers, citing 27.58 acres. This is contrary to public reports and a news release, dated April 20, 2007, on Congressman Tom Cole's Web site.