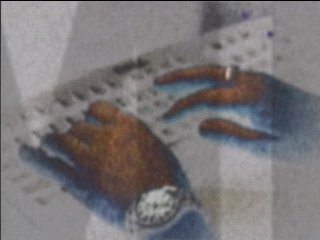 Computers have become a facet of everyday life and so has the Internet, but there are hidden dangers online.  Predators target children and teens on social networking sites, but the number one place for sexual solicitations is Internet chat rooms.

"Predators are lying about their age, their sex and their identity," said Michele Ratcliffe, Assistant U.S. Attorney for the Eastern District of Texas.

The scariest fact: 14 percent of teenagers have already had a meeting with someone who they've met online.

"It can be very dangerous resulting in death," Ratcliffe said.  "We have had cases where children have given enough information or have agreed to meet someone that they perceive as their friend at the corner, when the perpetrator comes to pick them up they then take them to their homes where we've had kids that were shackled, held prisoner, raped, beaten and killed."

Ratcliffe says the Internet offers predators a sense of protection.

"People have this perceived anonymity that no one can tell what they're doing behind the closed doors of their bedrooms or their dens where they have computers.  And, they can sit in the privacy of their own home, and they can look at as much child pornography as they want for as long as they want, and they can try to talk to as many children as they can throughout the course of one day."

"They'll talk about the drugs, the sex, the body piercings, tattoos and things that parents don't want to talk about."

Anyone can be an online predator.

"We have prosecuted poor, wealthy and middle class men.  We have convicted men in their 20s to senior citizens, we have put men in jail who were high school drop outs, college educated, people with Ph.D.s, people in law enforcement and people with titles of respect in our community."

So how can you protect your children?

Monitoring your child online is key.

"Sex is the number one search term on the Internet, and I tell parents that you wouldn't put a playboy magazine in their bookshelf, and that's basically what you're doing when you give them unrestricted access to the Internet because pornography has infiltrated every aspect of the Internet."

Never put a computer inside your child's room, instead place it in a highly trafficked area.

"Parents are using the Internet as a babysitter.  They're upstairs, they're quiet, they're not bothering them so they can make dinner, do the laundry and do the busy things all parents have to do.  That's just not going to cut it anymore."

"Kids need to know that there is a zone of privacy that they can expect to have, that there are issues that are not discussed with anyone except their parents or guardian.  So, we have to empower our children so they don't become victims.  Don't just drop them off with sitter or the coach and say do what the sitter says or do what your coach says, it sends kind of the wrong message.  I do tell parents any child can become a victim."