Are You Ready for the Digital Conversion? - KTEN.com - Texoma news, weather and sports

Are You Ready for the Digital Conversion? 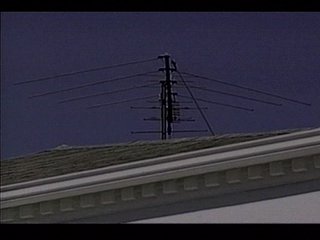 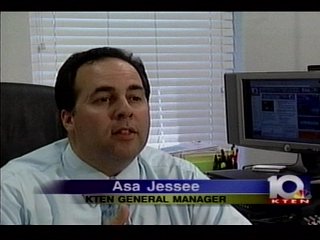 It's one of the biggest changes in television since broadcast signals started transmitting through the air nearly 75 years ago. Next year, all television broadcasts go digital. That means, you may have to make some changes, in order to keep watching. KTEN's Jocelyn Lockwood breaks down the digital conversion.

After February 17, 2009, your television could look like snow and static. KTEN general manager Asa Jessee said, "When everybody wakes up on the 18th, the only thing available for free local over the air channels will be digital television."

Mary Andrews wants information, "Well, I just don't understand electronics period, and I was going to pick up some information when they changed it up in 2009. What is there to know? What should I know?"

The digital revolution, now underway, becomes a reality on February 17, 2009, when all broadcasts will switch from analog to digital.

Jessee adds, "It could be the biggest and most important thing to happen to KTEN in over it's 50 year history."

So, what does this mean for you?

"There are over 70 million TV sets across the country that are at risk of losing their signal when we make the switch to digital."

Here's the key: if your television was purchased after March 1, 2007... You should be in the clear.

In addition, if you subscribe to a cable or satellite provider, you won't notice anything.

But, if you pick up free over the air television, you'll need to make a change.

Jessee said, "Purchase a brand new digital capable TV, second choice is to purchase a converter box that will work with their analog TV sets that they currently own, and the third option would be to subscribe to a satellite or cable operator which they'll take care of the conversion for you."

The cheapest way to convert is to buy a digital converter box. And yes, the government will help you pay for it, with up to two coupons toward the purchase - each worth $40. But no box, costs just $40.

But KTEN is, so we did the shopping for you.

The Zenith converter box can be purchased at Circuit City and Radio Shack for $59.99. It has an on-screen guide that includes the current and next program.

The Insignia converter box also costs $59.99 and includes a "Current" and "Next" program guide. It's available at Best Buy.

Next is the Digital Stream converter box. It costs $59.99 and includes and electronic program guide that displays a 24 hour programming schedule.

A lower cost option is the RCA box. We found it at Wal-Mart.  It cost $48.89 and is able to stand on it's side and has large buttons... But no program guides.

"I don't know anything about the digital conversion."

Southmayd resident Dennis Kremling said, "I just know you're going to have to have one.   I'm on antenna and satellite so I haven't checked into yet, but I'm going to."

It may be confusing. Luckily, KTEN is here to help.

Jessee concludes, "KTEN has taken this to heart and we've initiated multiple educational campaigns, we have our people, myself included, out speaking to groups, community groups, about the switch to digital, we have a traveling digital pavilion that we will be taking around for the whole year that will help our viewers out there chose the right converters."

We also have additional information, including how to contact the government for a converter coupon, on digitalkten.com or call us at 1-800-375-5836  to schedule a community visit.

"I think it's progress. Things changing to come."

And, once you've made the conversion, digital TV has a lot of advantages, like a clearer picture and additional channels.

"That's one of the greatest benefits of the switch to digital is that television stations are able to broadcast what we call mulitcasting, where we're able to dissect the digital stream and provide viewers with multiple channels where in analog we couldn't do that," said Jessee.