TMC's Impact on the Community 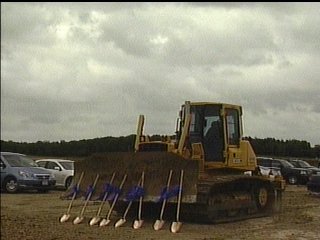 Even before the new Texoma Medical Center opens, economic officials say its affects will be felt throughout Grayson County.

Hospital expects to hire nearly 6,000 people over the next few years, crediting a lot of the area's recent growth to the Dallas Metroplex, moving north.

Businessmen we spoke to say this most recent development isn't just adding health care to the region, it's also has retail and residential benefits.

"I'll tell you, as a developer, I didn't realize the huge economic impact that this type of facility would bring for the area's economy," says Tom Johnson, a local businessman who sold the property to the hospital.

The hospital is expected to be completed in 2010.