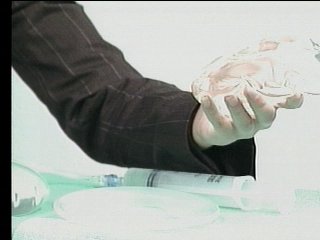 Breast augmentation remains at the top of the list for cosmetic surgery procedures.  That's according to the american society of plastic surgeons or ASPS. But, with the approval rating at an all-time high, are the risks involved often overlooked? KTEN's Deeda Payton investigates.

Cosmetic plastic surgery was up seven percent last year with some 12 million procedures. Of those, Breast augmentation, the most common procedure, made up nearly 350,000.

"First time they want to be larger, fuller, rounder they want to fill out their clothes and they want some body proportion and symmetry."

"My main concerns were i didn't want to be over, too volumptuous. I wanted to have natural looking breasts that would be comparable to my body."

Gayra, a mother of two, says she gained a considerable amount of weight during her pregnancies. She underwent primary breast augmentation last November with Dr. Galoob.

"No one else can understand the feelings that you go through every time you put your clothes on in the morning."

It took her years to work off what weight she could. For her, it was the drive to correct the rest of the unwanted changes her body was left with that lead her to breast augmentation.

"I absolutely did it for myself. And, it wasn't a decision she rushed into. It is not something that I all of a sudden just one day thought I'm gona have breast augmentation and I thought about it all my life."

But despite the risks, despite the costs, are these more-than-willing patients really ready to pay the price?

"You go into the procedure knowing that these are the risks and it's not something that would affect my choice."

Dr. Harry Galoob is a cosmetic surgeon with offices in Durant and Ardmore, Oklahoma who performs this surgery on about 100 woman a year.

"I ask the patient to look at some before and after photos of some of our other patients that have allowed us to place their photos in a book and I'd like to get some idea of how the patient would feel if they had a breast that size and shape."

"There is basically three ways you can place a breast implant. The incision can be made under the arm, under the breast, or under the areola, the nipple."

Dr. Galoobs's preference is under the areola which he feels gives him better control over the shape of the breast and nipple sensation.

"The most predominate problem that we see after breast implant is that the breast is too firm."

Breast implants are not lifetime devices. There are some potential complications that could lead to reoperations. However, some patients remain confident going into surgery.

"I went in with a smile on my face. It was something I looked forward to for quite sometime.   I was very very excited."