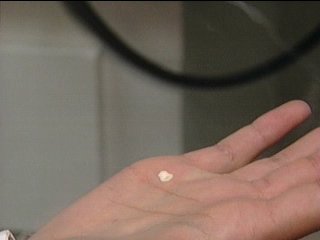 At least 75 percent of all people will have warts at some point in their lives. KTEN's Deeda Payton, is no exception. Deeda visited a local dermatologist to see what treatment options are available, and which one's are most effective.

There are over 100 different types of warts, but seed warts appropriatley called common warts are the ones seen most. According to Dr. Mark Koone, of the Texoma Dermatology Clinic, these warts are often distinguished by little black spicuales found within the wart.

"Contrary to popular opinion those are actually blood clots, or little clotted blood vessels; some people believe are seen toward the end of the warts life span."

Warts are non-cancerous skin growths caused by Human Papilloma Virus (HPV). According to Koone, having warts shows an immune defect. "If you wait long enough, and your immune system is healthy usually the warts will go away on their own."

However, there are several ways to treat warts. Dermatologists can paint Cantharidin on warts which results with blistering that is clipped away. A good option for children is the oral prescription Tagamet. And duct tape used for eight weeks has been known to boost the immune system fighting off warts.

So, that's what I chose to do...Koone says within 24 hours the warts will turn pink and puffy and may blister. After a week or two they will scab and peel without scarring.

HPV is not only the virus behind warts but it is also the cause of cervical cancer. Now that there is an HPV vaccine Dr. Koone is excited about the potential effect on warts. "Though it's not FDA approved to treat common warts, we're very interested in seeing if at some point in the future other vaccines are developed that might prevent or treat existing warts."
Deeda Payton reporting.