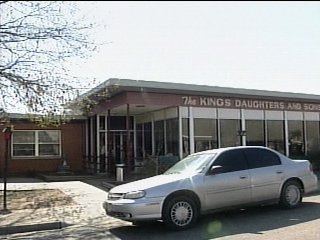 In November, allegations of drug use and theft surfaced at Kings Daughters and Sons Nursing Home in Durant.  Since that time, we've been investigating claims made by a source who we agreed to keep confidential.

Now, the investigating could be up to state health officials.  KTEN's Jocelyn Lockwood Reports.

"I was proud to work there when I worked there," said our confidential source. "And, towards the end, I felt really like things were becoming dangerous."

That's because a number of employees failed a random drug test, including our confidential source.   Some were terminated while others were suspended then re-instated.

"I feel like just part of the time they're receiving the quality of care that's required by the state."

And, state officials have agreed. In the past, investigators cited the home for not providing proper care.

"We did go back on October 2007 to do a revisit at which time we were able to clear those deficiencies," said Dorya Huser, Chief of Long-Term Care.

But, our source says the state should check again.

"The nursing home has a very big problem with their help coming in pretty much whenever they want to and when they do, either they're short-handed or when I was there, it just seemed there was a general lackadaisical attitude of taking care of the residents."

Residents, who need all they help they can get.

"These people are very vulnerable, they can be very fragile," Huser said. "I mean they are totally at the hands of the nursing facility."

And, the allegations continue.

"Just for starters, I can think of three instances, at the very least, where the family members have removed their family because we failed to provide quality care," our confidential source said.  "I can think of one instance where the family member, who was a regular at around 8 o'clock every evening, came in and his mother was covered in feces, it was up on her head. And, she had been in her fecal matter so long that she had taken it upon herself to take off her clothes and set them on her bedside table."

Instances, that could warrant another state investigation. So, we took our tape to Oklahoma City, and met with the Chief of Long-Term Care, Dorya Huser.

"The information that you just presented to me, we're going to take a very close look at the information," Huser said.

And when they do, the state will conduct a complaint investigation.

"We are certainly going to be diligent in looking at the records and anything else that's brought to our attention to see if we can find what's occurred in that facility," Huser said.

State officials say the facility previously had very few, if any, state compliance problems, and the home didn't have any serious deficiencies until about a year ago.

The nursing home administrator was busy Monday when we tried to reach her for a comment, but last week she told us taking care of the residents is extremely important, and their main concern.