Ada Man is Charged for Assaulting an Oklahoma City Cameraman 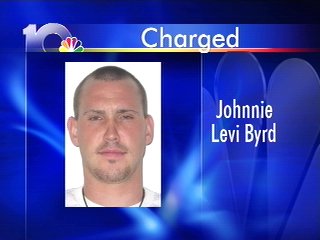 In October, an Oklahoma City cameraman was assaulted while covering the story of the Ada woman who was killed by a pack of dogs. KTEN's Hailee Holliday reports.

Tuesday the cameraman's attacker made his initial appearance in Pontotoc County District Court.

During the attack, a friend of the Ada woman's family punched the cameraman in the face at least 4 to 5 times. The suspect fled the scene before sheriff's deputies arrived. After several weeks of interviews, the suspected attacker was identified.

Pontotoc County Undersheriff, Joe Glover, says he understands that emotions were running high around the Ada woman's house that day, but assault is always taken seriously by the sheriff's department.

Glover says, "Assault on a public official or a news cameraman or any individual we do take very seriously and it's a criminal act that we are charged with by law to investigate and we will investigate."

21-year-old Johnnie Levi Byrd was charged with one count of assault and battery.

Tuesday, Byrd plead guilty and was fined a total of $374.