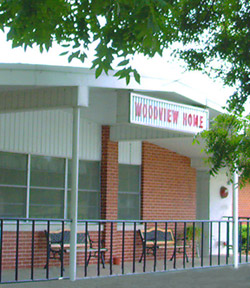 We continue our series, Trusted Care, with a look at an Ardmore nursing home that, unlike many others, spoke out against a state survey and stood behind the care it provides.

"The Web site you showed me Jocelyn, I had never seen before," said Tom Coble, Elmbrook Management.

He is talking about the National Nursing Home Watch List. Several nursing homes in our area are on it, but is it an accurate resource?

"I brought you over to the facility that was on that list, and the deficiency that is on that website is the one that was turned over," Coble said. Woodview Nursing Home in Ardmore was inspected in March, and a number of problems were cited.

But the story doesn't end there.

Elmbrook management, the company in charge of Woodview, took legal action following the survey and won. The scope and severity cited was downgraded from a "pattern of actual harm" to "actual harm to one or a limited number of residents. "

"It takes the ability to maybe submit additional information, and sometimes it's easier to clear the deficiency and go on rather than sending the other information in and it's costly because it usually involves attorneys and litigation," Coble said.

Coble says the entire chain of events started when a resident was caught trying to leave the facility. A special bracelet was placed on the resident that would lock the doors when she approached them. The nursing home was worried about her tendency to wander.

"My suggestion to family members is to just know that any Web site with any information on it changes on a daily basis."

On the original March survey the home was also cited for failing to maintain an odor-free environment, provide nail care, report a skin break down and maintain sanitary conditions in the kitchen among others.

"If we are written deficiencies that those deficiencies are corrected otherwise we wouldn't be in business," Coble said.

Management assures us Woodview is a wonderful facility that prides itself on quality care, service and communication.

"Our residents, the nursing homes today, are much different than when I started 15 years ago; they're very frail and we are their hands and feet," Coble said.

We went inside the home to witness for ourselves the daily operations.

"We try to do everything we can to make them feel involved," Coble said. "Involved in activities to get them out and make them part of the community and then to bring the community to them."

Continuity and communication are key.