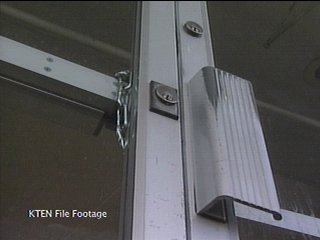 We've all heard the terrible stories, those of abuse and neglect inside nursing homes. But how often does it really happen?

Abuse and neglect cases in our area seem to be isolated. But it does happen. And often times, it goes unreported. KTEN's Jocelyn Lockwood reports.

"I think it's huge," said Trial Lawyer Anthony O'Hanlon. "Any amount is bigger than it should be. It shouldn't happen."

O'Hanlon specializes in elder care and malpractice cases; therefore, he sees his share of nursing home abuse and neglect.

"Our elder segment of our population didn't live it's life and pay into the system and make our life better so they could be abuse or neglected later in life," O'Hanlon said. "It's just not the way it's supposed to be."

Mission Oaks Care Center in Sherman was evacuated by the floods in June and has not re-opened because of flood damages. Even though it's now closed, Mission Oaks recently reached a confidential settlement on a lawsuit filed in 2006 following allegations of sexual and physical abuse.

"A lot of times, people will call or they'll have concerns because their loved on is acting very differently, they're acting more quietly around the family, they're not talking as much. That's one of the signs," O'Hanlon said.

According to court documents uncovered by KTEN News, the plaintiff's claim Mission Oaks provided inadequate supervision and training to prevent the abuse and took inadequate steps following it.

Also according to court documents, during another incident a woman was found lying in a pool of blood.

This one incident happened several years ago at Post Oak Rehabilitation, which is now closed, but was previously located in the Mission Oaks building.

In this case, the plaintiff's requested the home admit that the victim was not properly monitored, and as a result suffered a head trauma.

The nursing home client was taken to Wilson N. Jones on June 28, 2003. She died in August of the same year.

While these cases are tragic, there are a number of related cases that go unreported.

"Anytime you get someone of geriatric age in a nursing home receiving care, and if they've been hurt their not going to talk about it because the natural inclination is they're going to assume that if they report it, then they are going to get in trouble when the loved ones disappear," according to 'O'Hanlon.

"It really is a real issue," said Former Local Managing Ombudsman for Grayson, Cooke and Fannin counties. "Also not only in fear of retaliation but you have situations where residents don't want to be deemed problem makers."

"If I'm a patient and I complain about it, what's going to happen when you leave my bedside and I'm alone in the room the next two days." O'Hanlon said.  "I'm afraid something may happen to me."

Still, attorneys in the area take a number of nursing home abuse calls each week.

"We probably screen about 30 calls a week just on nursing home neglect, and of those calls I whittle it way down and take very few into the office," O'Hanlon said.

So, what can be done to stop it?

"Some people have resorted to putting video camera in the rooms. There is nothing illegal about it that I know of, and some nursing homes have either had to clean up their act or been caught doing things they shouldn't," according to O'Hanlon.

We contacted the company in charge of Mission Oaks and were told they would contact their attorneys for more information on the alleged abuse at the facility, however, as of Monday we did not receive a call back.