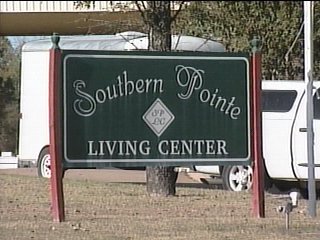 Our series, Trusted Care, continues with a look at a serious issue within the nursing care industry: staffing.

Understaffing and high staff turnover rates can mean poor quality of care. It's a downside the nursing home industry is battling, but can it win? KTEN's Jocelyn Lockwood reports.

In April 2007, Southern Pointe Living Center in Colbert was written a deficiency for not keeping enough staff to meet their residents' needs. Surveyors reported finding the most serious deficiencies in the facility to be deficiency level "F", meaning widespread deficiencies that constitute no actual harm, but have the potential for more than minimal harm. According to records KTEN News obtained from the State Department of Health, a number of the deficiencies were related to the lack of adequate nursing staff.

But throughout KTEN's investigation into nursing home care, we've learned it's hard for facilities to keep staff with a turnover rate that often exceeds 100 percent each year.

"It's hard work," said Tom Coble, Owner of Elmbrook Management in Ardmore. "CNA's have one of the toughest jobs in the world."

Staffing ratios in the state of Oklahoma help provide a minimum guide for nursing homes.

"During the day it's one to seven, during the evening shift it's one to ten and from the 11 to seven, for some facilities that's 10 to 6, it's one to 16," said Dorya Huser, Head of Long-Term Care in the state of Oklahoma.

In the state of Texas there are no required staffing ratios.

"The nursing facilities are supposed to be providing enough staff to meet the needs of the residents, and that's basically determined by the administrator," said Michelle Pierce, Former Managing Ombudsman in Grayson, Cooke and Fannin Counties.

The biggest question now is what can be done?

"Be able to recognize the importance of those care givers and be able to get their salary and their expectations met so we can attract people to this industry," Coble said.

While industry representatives assure us they are working to lower the staff turnover rates, those inside nursing homes may be suffering like in the case of Southern Pointe Living Center.

A resident reported to state surveyors that in the April 2007 inspection only two certified nurses aides were on duty for "the past few days."

The resident is quoted as saying, "They only have two people on the floor. They have three housekeepers. Does that make sense?"

She went on to tell surveyors she never turned on her assistance light when she need help because, "It wouldn't do any good. I'm going home, so I'll be alright. It's the other people here who will suffer."

"It may be you've got people who aren't aware of what a CNA's job entails," Pierce said.  "They get out there and think, wow, I'm really going to enjoy this and they see just how hard of work it really is."

For the staff that remain in the industry, during this investigation we've come to respect the hard work and dedication they provide at nursing homes across the area.

"I tell people all the time that I believe God has a special place in heaven for people that work in nursing homes," Coble said

We contacted Southern Pointe Living Center in Colbert for a comment, and no phone calls were returned before this story aired.