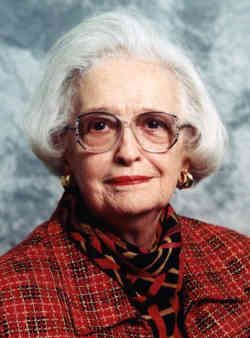 Noble was the former chairman of the University of Oklahoma Board of Regents and one of the university's most generous benefactors.

Noble was appointed to OU's Board of Regents in 1996 by former Governor Frank Keating and served as chairman for one year beginning in March 2002.

She was awarded OU's highest honor, an honorary doctoral degree, in 1995.