Impact: A Look at the Impact of Flooding on Lake Texoma's Islands - KTEN.com - Texoma news, weather and sports

Impact: A Look at the Impact of Flooding on Lake Texoma's Islands 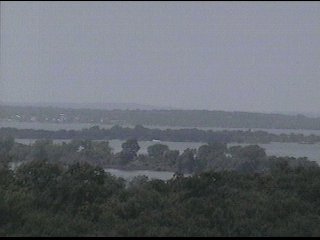 A second look, one month later, at some favorite hangouts on Lake Texoma... You may know them as "The Islands."

A month ago, fishing guide Chris Carey showed me a favorite hangout for boaters called "The Islands."

But as Carey pointed out from his fishing boat, nearly everything was underwater.

"Nothing left but the tree tops," he said.

One month later, I took my video camera to The Tower at Tanglewood Resort. From there, you could see more of the trees, but the beaches have yet to emerge.

At the current rate the beaches should start returning after a couple of weeks.

The lack of islands; however, isn't stopping boaters.

Activity is starting to pick up.

As of today, Lake Texoma is 16 feet above normal and dropping about half-a-foot a day.

Depending on rainfall in August, We could see normal levels by Labor Day 2007.