Impact: A Look at the Environmental Impact of Lake Texoma's Flooding 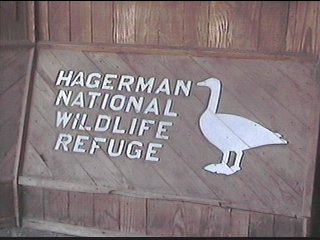 Since it lies on the Big Mineral Arm of Lake Texoma, 15 miles northwest of Sherman, the refuge saw water rise seven feet above normal.

"We had the hard rain a few weeks ago when this first started," said Patrick Rowland.  "That was really like a flash flood through the refuge, you might say, through parts of the refuge."

The 61-year-old refuge is a haven for migrating and wintering waterfowl.  Three-hundred-fifteen species of birds have been seen here. It's believed some young birds drowned as the high waters reached their nests.

"The refuge staff has said that the debris line was as high as 15 feet in the trees. So that kind of flooding is devastating to the wildlife," Rowland said.

The 3,000 acre marsh is underwater. The road somewhere beneath the flooded tree lines.

"Well, this is just part of nature," Rowland explained.  "This is something that's been going on for eons. Here on the refuge the major scars are going to be with the infrastructure, the main roads that go through the refuge are gravel and those are going to have to be repaired."

Life and wildlife will go on.  We spot a softshell turtle.  First it stares, then scurries away,  having just laid new eggs on higher ground.

The true extent of the damage will not be known until the water recedes, but the news isn't all bad.

As Rowland pointed out, "It actually creates new habitat for some of the wildlife, creates more of a diverse habitat."

It could be months before the water levels are down enough to start rebuilding and cleaning up Hagerman.  When that happens, the wildlife refuge will look for volunteers.