Classically trained, Flack taught music and sang in jazz clubs until her signature song, "The First Time Ever I Saw Your Face," made her a star.

Since then, she has earned eight gold records, won seven Grammy Awards and wowed fans worldwide.

She has a way of mesmerizing her audience. But while her voice has always been her meal ticket, she says her body has been weighing her down. Correspondent Lesley Stahl reports on a story that first aired in April.

"I've been overweight all my life. I have been on diets that were supervised by doctors, that were carefully supervised where I lost weight," says Flack. But the minute she went off the diet, her weight blew up again.

Her personal war with weight was exposed on national television in 1973 on The David Frost Show when Frost asked her if she ever thought about losing weight. This was after Flack had just lost 19 pounds.

And then there was the 1974 Grammy Awards. It was a great memory except, she says, for her weight.

"I had somebody make something for me to wear and it was green," remembers Flack, who says the dress made her look like an overstuffed frog. "I was green and I was huge."

"Our criteria for deciding what's good and what's bad is very fickle, especially in this country," says Flack. "We are living in a day of video and image. Now we want to see what people look like."

But now, after years of fighting the fat, Flack has found what she says is the perfect way to lose weight. So far, she has lost 35 pounds.

What's her secret? It's called mesotherapy, a French weight loss treatment that Europe's rich and famous have been using for 50 years.

Mesotherapy claims, believe it or not, to melt away fat.

Dr. Lionel Bissoon has been treating Flack with mesotherapy, a French weight loss treatment now available in the United States that claims to actually melt away fat under the skin.

"In a lay person's terms, it's the easiest way to say, 'it's melting the fat,' but scientifically, it's a very complex procedure," says Bissoon.

He demonstrated the treatment with one of his patients. He first prepares a concoction of prescription drugs, including aminophylline, commonly used for asthma, and natural plant extracts such as sweet clover, used for high blood pressure.

He then injects the formula into fatty portions of a patient's body. The formula, he contends, chemically melts the fat and shrinks the fat cells.

Some call it liposuction without surgery.

"It's a gentler procedure," says Bissoon, who's now been treating Flack for seven months. "There's no anesthesia."

"I do a lot of singing while he's sticking me," says Flack.

Flack says she's probably had about 500 injections, and she's tolerated them really well.

But is the agony worth the price?

Because the needles are tiny, Flack says the treatments are practically painless.

Right now, there are only a handful of doctors practicing mesotherapy in the United States. They say the treatment is safe. The only common side effect is bruising.

"Everything we do is based on sound science," says Bissoon. "Our medications are FDA approved."

The drugs are FDA approved for other uses, but not for weight loss.

There's a very good reason why Flack is shedding those extra pounds. "I'm married to a much younger man. He's 40 - I'm not- and extremely cute."

Bissoon, however, says mesotherapy is not a crutch for easy weight loss.

"We want to change your lifestyle," he says. "We want to make you feel great overall."

But Flack admits that the results would not be as dramatic if she also didn't exercise and diet. So she's learning to love sushi, and she's working out twice a day.

She's losing weight, but is it the diet and exercise, or the mesotherapy?

Even though French studies show the treatment is effective for weight loss, St. Louis plastic surgeon Dr. Leroy Young says there has not been a definitive study in this country that proves mesotherapy works.

"Part of the problem with these types of therapies is they often get promoted by people without good solid scientific proof that they actually work," says Young. "I think the only place fat melts is on the grill."

But Bissoon maintains that mesotherapy works. "I think when anything is new, there's always going to be some skepticism. The results we are having are really fantastic and more doctors are doing it."

Flack started at a size 16; the skirt she has on now is a size 12. And since 48 Hours Investigates last aired this program this past April, she has lost even more weight.

Bissoon typically recommends 15 visits, and each treatment costs $350 to $500. It's not covered by insurance, but Flack says it's all worth it.

"I'm going to be way too gorgeous," she says. "Let me change that. Way too sexy!"

So with renewed confidence and vigor, a slimmer Flack is back in the recording studio, starting a new record label and still belting out ballads with that velvety voice. 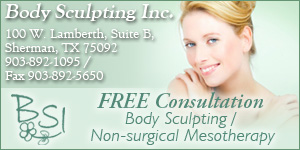