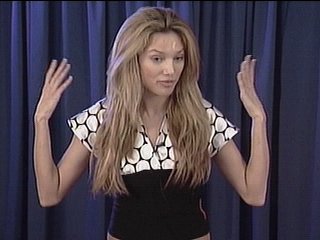 Natasha at the Texoma CW open casting call at Choctaw Casino in August 2006. 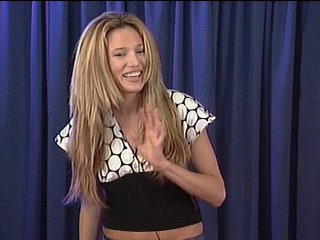 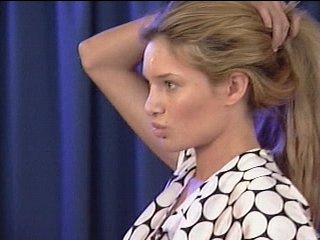 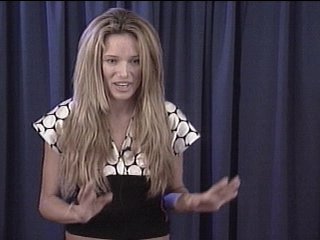 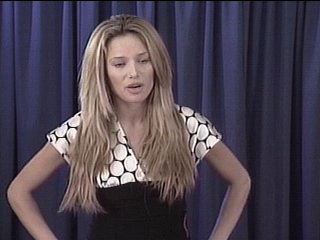 Her name is Natasha, and people magazine has labeled her as a Russian born beauty, who - at first sight - looks like Angelina Jolie.

Natasha was discovered during an open casting-call the Texoma CW held at the Choctaw Casino in Durant.

Now, she's made it through several stages to appear on the "big stage." Could she be America's Next Top Model?

Tyra Banks says, "I was trying to go for different looks, I try to makes girls look different from last season."

Twenty-one year-old Natasha Galkina is from Richardson, Texas, and says she has what takes to be a top model, so she's headed to Los Angeles to try her luck, and her looks against 32 other beauties.

Natasha says, "I'm 5' 8.5" tall and 110 pounds I will make a perfect top model because I have what it takes, I have nice lips, perfect hips and a pretty face."

And, that's not all! when we first met Natasha at the Texoma CW auditions... she told us, she has the attitude to match.

"I'm from Texas, and it's hot there and will call myself hot girl and spicy girl because I like to spice things up, spice up people and relationships."

She does have one thing though others won't... it's a good luck charm of sorts.

"It's my spider, my little spider."

We wouldn't want to call it little. It's a tarantula!

"She's nice, she never complains and is always silent."

With or without her spider for good luck, Natasha has a few other unique features, she can use in the competition.

"I was born in a suburb of Rustovsk, it's a Russian city, but I had a big dream to be a model."

No matter what language you speak, Natasha can tell you she's model material.

"True thing is, no smiles no laughter, being a model is the only thing I've wanted since I was a kid, that's the only thing I want, I truly want, I go to bed with this thought and wake up with this and I have all what it takes. Thank you guys."

You can catch the 8th cycle of America's Next Top Model, known as the jungle season, on the Texoma CW Wednesday, starting at 7pm.