The blossoming of Denison's Gateway Village 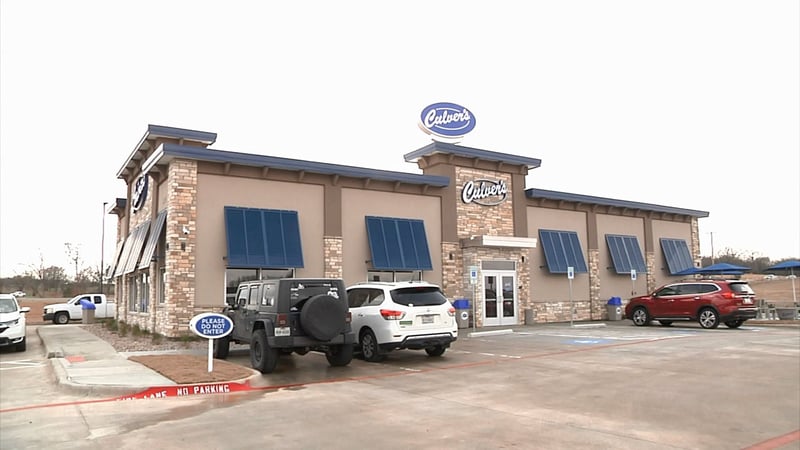 DENISON, Texas -- From entertainment venues to fast food chains, Gateway Village in Denison is a busy spot for Texomans.

Culver's, which specializes in hamburgers and custard treats, opened on Monday. Still to come to the development at the intersection of US 75 and FM 691: CJ's Coffee Cafe, Lettuce Indulge, Urban Air Adventure Park, a daycare center, and more.

"Just in the last five years that I've been out here, I've seen this area just explode," said Richard Douglass, manager of HeyDay Entertainment, which opened in November. "It's coming all the way from Dallas, Anna, Melissa... all the way up through here. Just every time I turn around, there's a new business going in, so ultimately it's going to affect us positively."

Gateway Village consists of about 600 acres of land with announcements of additional projects coming soon.

"All the businesses that are there have been extremely successful," said Denison Development Alliance president Tony Kaai. "We follow up with them because we partner with them in providing incentives and other assistance to get them to come to Denison."

Urban Air is expected to open in about two months.