Easing the transition for military families in Oklahoma 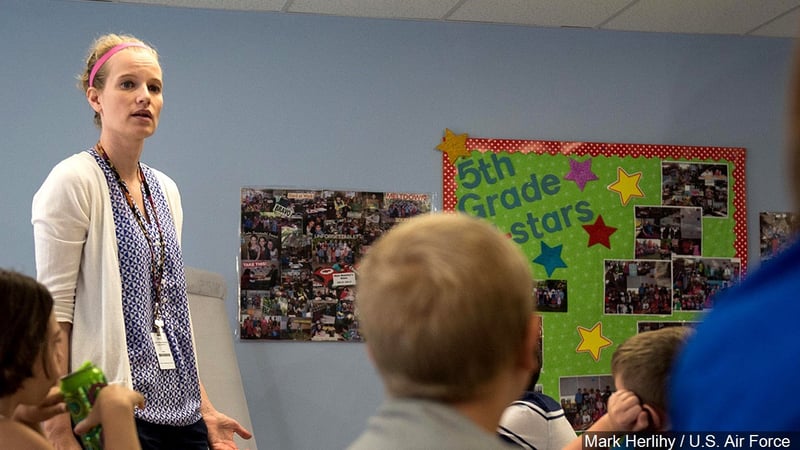 ARDMORE, Okla. -- For military families transferring to the Sooner State, their children can't enroll in school until they're officially Oklahoma residents.

But a couple of bills being proposed in the upcoming state legislative session could change all of that.

"Military is a key, key role in Oklahoma," said state Sen. Frank Simpson, (R-District 14). "It's a key part in our economy, actually, and I think that we need to do everything we can to accommodate military families."

If Senate Bill 1320 passes, it would mean kids whose parents are in the armed forces would have the opportunity to pre-enroll in schools before moving to Oklahoma.

"In a current statute, they must be a state resident in order to register their kids, or to have established residency in the state in order to enroll their children in school," Simpson explained.

This restriction also applies to students who are enrolled in online schools. Senate Bill 1325 would allow those kids to pre-enroll as well,which would ease some of the burden families have when they transfer.

"They would end up missing a week of school; sometimes it wasn't catastrophic, but sometimes a week of instruction that you lose could have a detrimental effect on their education," Simpson said.

Military won't be the only focus in the coming legislative session. There is also great interest in mental hePalth issues.

Another bill will be proposed that requires any agency whose revenue helps serve mental health issues to report just how much is going toward mental health.

"Part of my concern is that when we've got that many agencies involved in the mental health issue, are we spreading our resources so thin that we're not able to be effective?" Simpson asked.

These bills should be in committee in Oklahoma City by the second week of February.