US 75 expansion project begins next week 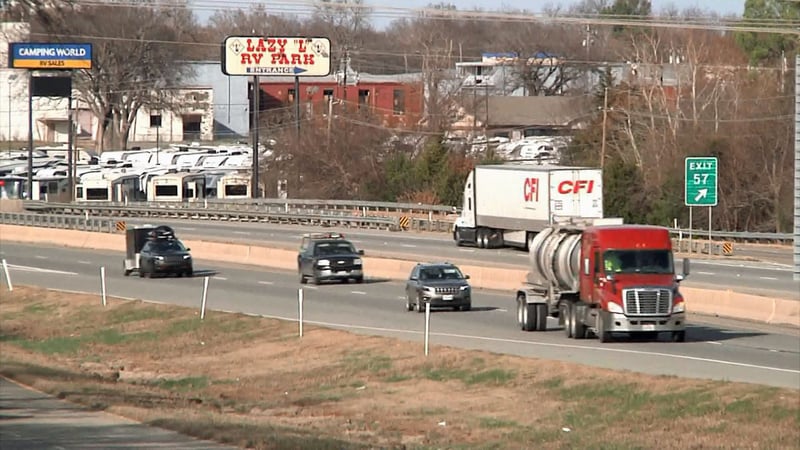 Work will soon begin to widen a section of US 75 from four to six lanes in Sherman. (KTEN)

SHERMAN, Texas -- Grayson County motorists should get ready to hit the brakes and pack your patience. The long-awaited US 75 expansion project is now just days from getting started.

Drivers and taxpayers assembled Tuesday night to find out what it all means along the four-mile stretch north from FM 1417 north to Texoma Parkway.

"So many accidents, so many things that have gone on through that area... it has needed to be widened and fixed for so long," said business owner M.J. Presley.

Texas Department of Transportation spokesman Tim McAlavy explained that the highway project is needed to elevate US 75 to modern standards.

"It is a very old, aging road," he said. "It's starting to show its age, and this part of Texas -- especially North Texas -- is growing. So in order to be adequate, it's time to upgrade US 75."

This initial phase of the project will widen the freeway to six lanes. As part of that expansion, several exit and entry ramps along the highway will be lengthened as well.

"How is it going to affect us? Time will tell on that one," Presley said. "It's going to give me more visibility to folks that may not know that I'm there."

The pain won't be over in six months. This is a multi-year construction project with several phases, undoubtedly the biggest project ever in Grayson County, with a price tag of more than $154 million.

"When we're through, US 75 will be as modern and as safe as we can make it," McAlavy said.