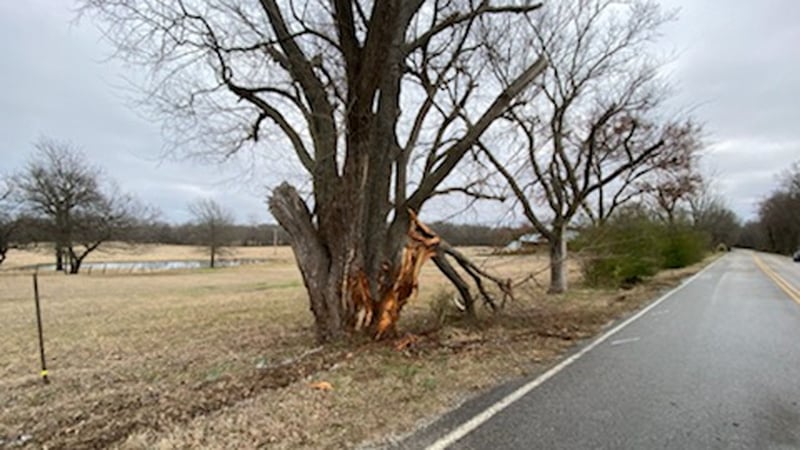 Deputy Jarid Taylor died after his vehicle struck a tree along Old Highway 70 east of Durant on January 14, 2020. (KTEN) 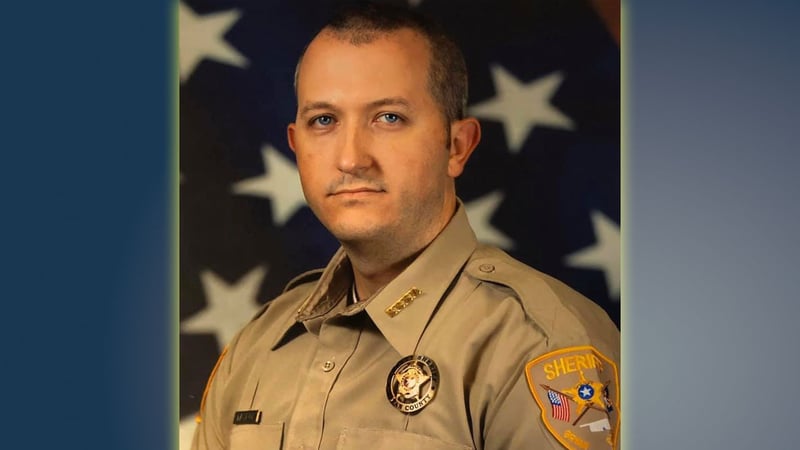 "We called 911 within seconds that it hit," said Yates Canipe, whose wife dialed police after hearing the impact. "It's sad. I hate it."

No other cars were involved, and the cause of the crash remains under investigation.

"We've activated our active homicide unit, and we have multiple members from that unit over here," Hampton said.

"There's been a lot of wrecks right here... lots of them around this curve. It's a shame," he said.

"We actually called before we even looked out... because we knew with history," Canipe tearfully added.

"It's a very hard day," Hampton said. "It's a tough day for all law enforcement... especially his brothers and sisters that he worked with. It's just going to take some time to move forward and give them some time to grieve."

Deputy Taylor was engaged to be married, and his survivors include a five-year-old boy and a six-year-old girl.

"With this hitting so close to home, it's a stark reminder that things can change in an instant," Capt. Hampton said. "It reminds us... and hopefully everyone watching... to use the time you have valuably."