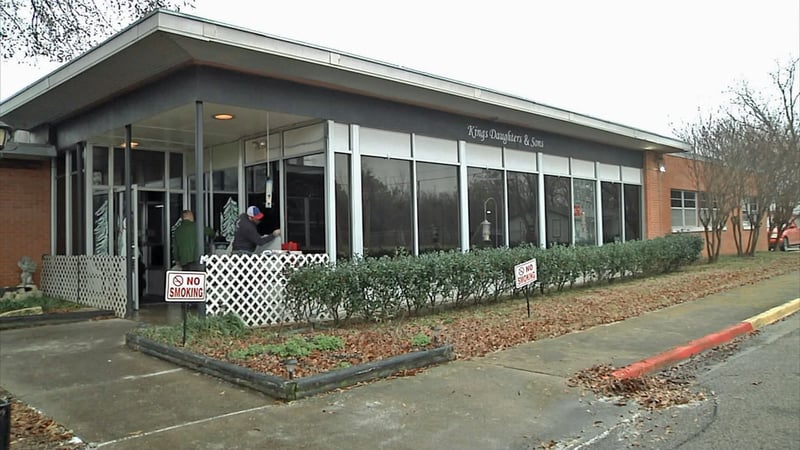 The King's Daughters & Sons Nursing Home in Durant was evacuated after a gas leak was detected. (KTEN)

DURANT, Okla. -- The odor of natural gas led to the evacuation of residents from a Durant nursing home over the weekend.

Those patients were facing several more days away from their homes as of Monday.

Bryan County Emergency Management Services said the 38 residents of the King's Daughters & Sons Nursing Home at 1223 Baltimore Street faced no immediate danger on Saturday night, but evacuating them was the prudent move.

"In health care, I think you have to be prepared for anything that could happen at any given time," said Jon Rains, president and chief operating officer of Carrus Health, which owns the facility. "Obviously not an ideal situation, but I'm just thankful that through our disaster planning and through our incredible staff, how smoothly the relocation of our residents went on Saturday night."

The odor of natural gas sent the staff of the nursing home into an emergency mindset. Their No. 1 priority was the patients.

"We launched our mass casualty incident plan at all of local facilities, and were able to house all of the residents and evacuate the building within two hours," Rains said.

By school bus or ambulance, all residents had a one-way ride to safety, either in Sherman or Atoka.

"We'd evacuated some other facilities when they're emergencies, or flooding, or power failure or other things like that; they've never been this smooth," said Brian Norton of Bryan County EMS.

Firefighters identified the source of the leak in an old furnace which is being replaced.

"No one was ever in any danger, and really and truly I believe the evacuation was more precautionary than anything, and just to make sure that they took care of their patients to the best they could," Norton said.

But the efforts don't stop there. Carrus Health said it's planning to build a brand-new building to replace the decades-old skilled nursing facility.

"With the changes in health care and the changes in patient need, we felt it was best to make sure our residents were being cared for in a top-notch state-of -the-art facility, similar to all of our other Carrus locations," Rains said.

Carrus Health said they are hoping to get patients back into the home by mid-week. They plan to break ground on the new facility this summer.