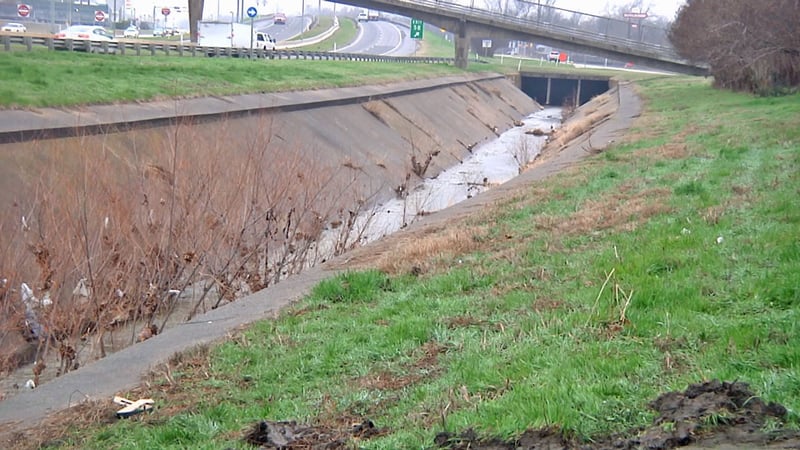 The SUV carrying Evan and Sarah Nuessler was found in a rain-swollen culvert along US 75 in Sherman. (KTEN) 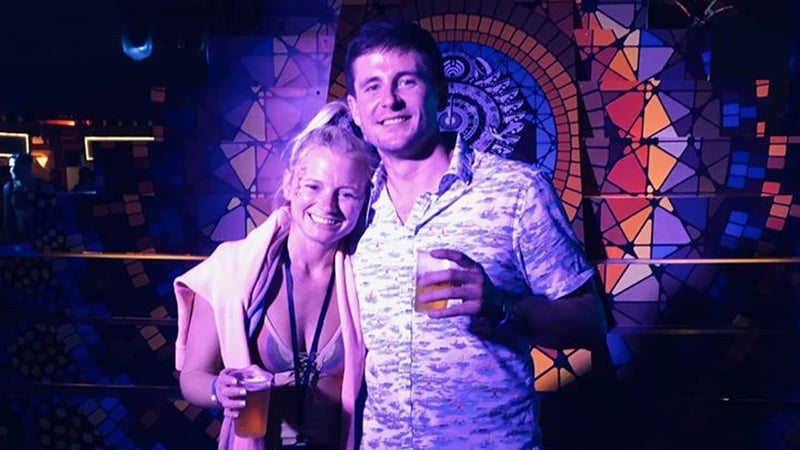 SHERMAN, Texas -- Evan and Sarah Nuessner were traveling from Fayetteville, Arkansas to McKinney over the weekend.

They never made it to their destination.

The newly-married couple had been known to be traveling on US 75 during the powerful storms on Friday night.  When Sherman police received the missing persona call, officers began to search along highways and hotels until a different call led them to a sport utility vehicle overturned in a culvert across from Bearcat Stadium.

It was the Nuessner's SUV. Evan Nuessner was found dead inside the wreckage

"We didn't find any on the victim that was in the car, so that indicates that it had been there for a while," Olson said. "That kind of tells you you're probably going to have a recovery at that point."

Once police and fire personnel realized they had a missing person on their hands, large scale recovery efforts began, organizing everyone on Saturday's shift.

"We broke it into half-mile grids and split them into five groups and started a search of the creek at that time by foot and by boat," Olson said.

"Early [Sunday] morning, the search was resumed at approximately 7:30," Sherman Police spokesman Sgt. Brett Mullen said. "At 11 a.m., the female's body was recovered several miles downstream from where the vehicle was recovered."

The recovery site was in Post Oak Creek, seven miles from where the couple's vehicle went out of control.

Sherman police believe the Friday storms are to blame for the fatal crash.

"We had a lot of rain that night, so it was likely that the culvert was filled with water -- probably very swiftly traveling water," Mullen said. "It's believed she was swept from the vehicle after the crash occurred."

The Nuessner family was helpful during the search, and although Olson said search teams knew this story would not likely have a happy ending, they put forth their best efforts.

"Try to do everything that you can. Leave no stone un-turned and make sure we recover what we're looking for, and we were able to do that," Olson said. "That was the best outcome that we could get, given the situation."

The entire incident, including the crash, remains under investigation.

Funeral arrangements for the Nuessners are still pending. Family members said they had been married for just 10 weeks.