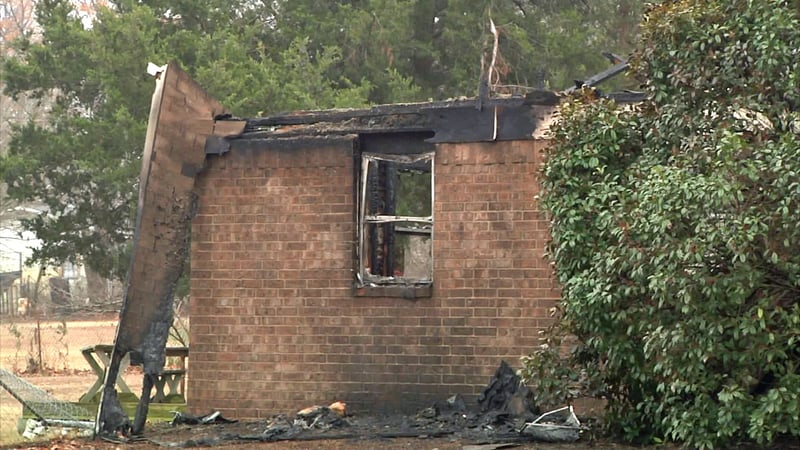 Two people died when fire broke out in this home near Ada. (KTEN)

PONTOTOC COUNTY, Okla. -- A man and his adult son died in a house fire near Ada on Sunday night.

A neighbor alerted 911 to the burning residence in the 15800 block of South Angela Street in Latta around 11 p.m.

First responders found 74-year-old Ronnie Trout lying outside with a neighbor performing CPR on him. Trout's 40-year-old son Robert was found inside.

The two men were rushed to a hospital, but they were pronounced dead on arrival.

"Both bodies have been transported to Oklahoma City to the medical examiner's office for positive identification and also determination of cause of death," Pontotoc County Sheriff John Christian said.

An investigation concluded that the blaze was triggered accidentally by an electric space heater that had been plugged into an outlet strip that shorted out.

The Trouts' home partially collapsed in the fire and was declared a total loss.