Harry and Meghan 'stepping back' from royal duties 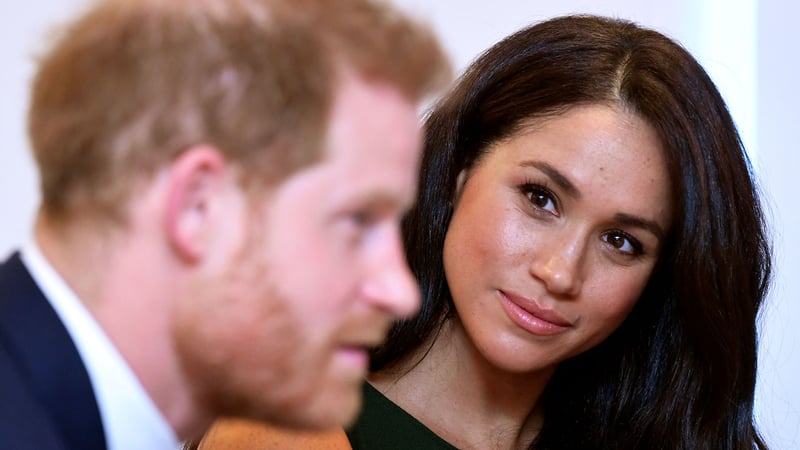 (CNN) -- Prince Harry and Meghan, the Duchess of Sussex, say they are stepping back from their roles as senior members of the British royal family and plan to work towards becoming "financially independent," the couple announced on Wednesday.

"After many months of reflection and internal discussions, we have chosen to make a transition this year" they wrote on Instagram, explaining that they hope to "carve out a progressive new role within this institution."

"We intend to step back as 'senior' members of the Royal Family and work to become financially independent, while continuing to fully support Her Majesty The Queen," they said.

A source told CNN that Harry and Meghan did not consult any other members of the royal family about their decision.

The source, who asked not to be named, said there was a mood of "disappointment" in the palace as a result of the announcement.

In a statement issued just hours after the couple's Instagram post, Buckingham Palace said the situation was "complicated."

"Discussions with The Duke and Duchess of Sussex are at an early stage," the unsigned Royal Communications statement said. "We understand their desire to take a different approach, but these are complicated issues that will take time to work through."

"They are opting out of the system but they'll be able to opt in to the elements that they like: the family elements, the elements where they're seen to be supporting the Queen, who they're both very close to, they'll still do that."

In the social media post, the couple revealed they plan to split their time between the UK and North America.

"This geographic balance will enable us to raise our son with an appreciation for the royal tradition into which he was born, while also providing our family with the space to focus on the next chapter, including the launch of our new charitable entity," they wrote.

"We look forward to sharing the full details of this exciting next step in due course, as we continue to collaborate with Her Majesty The Queen, The Prince of Wales, The Duke of Cambridge and all relevant parties. Until then, please accept our deepest thanks for your continued support."

The Duke and Duchess have long had a fraught relationship with sections of the British media. In October last year, the couple announced that Meghan was suing the Mail on Sunday newspaper, alleging it had illegally published a private letter to her father -- a claim the newspaper denies.

At the same time, Harry launched an emotional attack on the UK tabloid press for what he called a "ruthless campaign" against his wife. He likened their treatment of her to that faced by his mother. Princess Diana died in 1997 when her car crashed as it was being pursued by members of the paparazzi.

Foster said the couple "will feel that they can win these court cases on the basis that they do have a right to a private life."

"It's always the argument with members of royal family: Do they have a right to a private life when they're receiving public money? And they're basically saying, 'Okay, you win, we're out,'" he added.

The Sussexes' decision to step back from leading roles within the royal family means they will "no longer participate in the Royal Rota system," which gives UK broadcasters and newspapers access to royal engagements, according to the official SussexRoyal website.

Harry, 35, the younger son of Prince Charles and Princess Diana, and Meghan, a former actor best known for her role in legal drama Suits, 38, met in 2016.

They were married in a lavish, star-studded ceremony at St. George's Chapel in Windsor in May 2018.

The couple welcomed their first child, son Archie Harrison Mountbatten Windsor, in May 2019.

On Tuesday, they paid a visit to Canada House, in London, to thank officials for the hospitality shown to them while they were there.