Ukrainian jet crashes in Iran shortly after takeoff, killing 176 on board 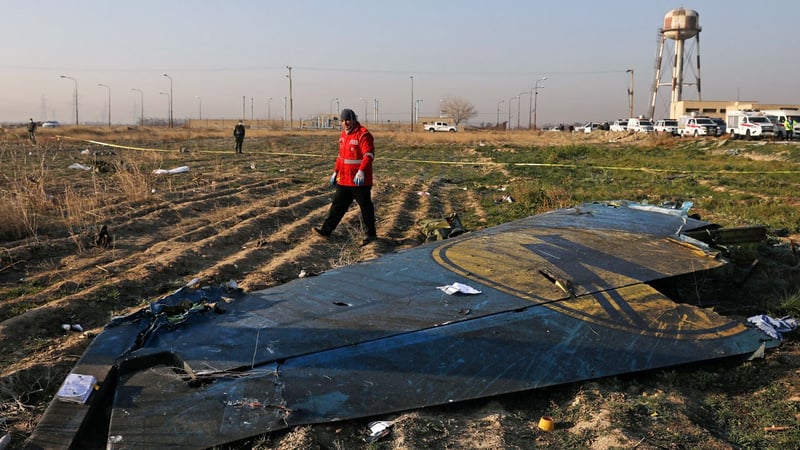 All 176 people on a Ukraine International Airlines flightdied when it crashed near Tehran. (Ebrahim Noroozi/AP) 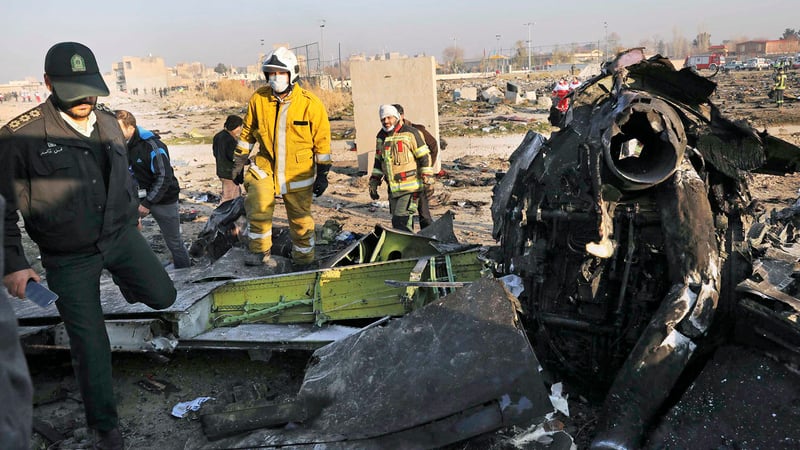 Eighty-two Iranians, 63 Canadians, and 11 Ukrainians died in the crash of a Ukrainian International Airlines jet near Tehran. (Ebrahim Noroozi/AP)

(CNN) -- Investigators were scrambling Wednesday to determine the cause of a crash that killed all 176 people on board a plane that came down shortly after takeoff from Tehran's international airport.

The Boeing 737 jet, operated by Ukraine International Airlines, took off early on Wednesday en route to the Ukrainian capital Kiev with 167 passengers and nine crew on board.

Eighty-two Iranians, 63 Canadians, and 11 Ukrainians died in the crash, which took place between the cities of Parand and Shahriar, according to a tweet from Ukrainian foreign minister Vadym Prystaiko.

There were also 10 Swedes, four Afghans, three Germans and three British nationals among the victims, he said.

Thirteen former students of Sharif University of Technology, in Tehran, were among those killed, according to a tweet from the university.

The plane is a Boeing 737-800, a predecessor to the company's 737 Max, which has been grounded since March following two fatal crashes that killed 346 people.

The Ukrainian Embassy in Tehran replaced its previous statement saying terrorism or rocket attacks had been ruled out as causes of the flight PS752 crash.

"Information on the causes of the plane crash is being clarified by the commission," the Ukrainian Embassy said.

The crash took place on the same day that Iran fired a number of missiles at two Iraqi bases housing US troops in retaliation for the American strike that killed top Iranian general Qasem Soleimani last week.

The White House had sought to cast the strike as an attempt to de-escalate tensions with Iran, but Tehran has described it as an "act of war" and "state terrorism." Soleimani had been the second most powerful official in the country.

They could provide crucial evidence about what happened to the plane leading up to the crash.

Under international rules Ukraine should participate in the investigation as the state of registry and state of operator, as should the US as the state of design and manufacture of the Boeing aircraft.

But Ali Abedzadeh, the head of Iran's Civil Aviation Authority, told Iran's semiofficial Mehr news agency that the US would not be involved at any stage of the investigation.

"We will not give the black box to the manufacturer [Boeing] or America," he said.

Ukrainian President Volodymyr Zelensky said in a Facebook post that he would cancel the rest of his current trip to Oman and would return to Kiev due to the crash. "My sincere condolences to the families and loved ones of all passengers and crew members," Zelensky said.

Zelensky said his government is sending a team of experts and security officials to Iran Wednesday evening. "Our priority is to establish the truth and those responsible for this terrible catastrophe," he wrote in a separate statement on Facebook.

Flight-tracking service FlightRadar 24 said in a tweet that the jet had been in service for about three and a half years. Data from FlightRadar 24 suggests that the crash could have happened as quickly as two minutes after takeoff.

Ukraine International Airlines refused to comment on the cause of the crash.

However airline president Yevhenii Dykhne did say that Tehran airport is "not a simple airport."

A pilot requires "several years" of training at the airport, said Dyknhe at a press conference in Kiev.

"It is impossible that there were mistakes by the crew," he said.

A Boeing spokesperson told CNN they are "aware of the media reports out of Iran and we are gathering more information."

The American aviation giant is still reeling from the aftermath of two 737 Max crashes which saw the planes grounded worldwide. The company has struggled with delays and other issues in its bid to get the planes back in the air.