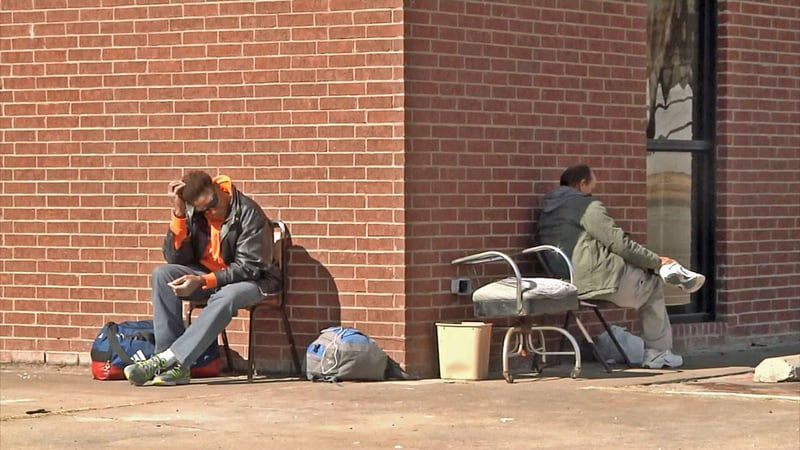 "We need to realize that, and own it, and try to do something diligently to help," said Rayleen Bingham of the Texoma Homeless Coalition.

The coalition uses one day every year in January to get a head count of the homeless.

"Go out to the tent communities, we check at the shelters, the soup kitchens... we just try to hit all of the places that a homeless person would go or stay during that day and to count as many as we can," Bingham explained.

This count can lead to more money for shelter beds and transitional housing, but another huge impact is the federal census.

"It will be for the next 10 years, and so if we get an accurate count, we'll be able to get the funding from the federal government," said Grayson County Precinct 3 Commissioner Phyliss James.

In 2010, 9,000 people were unaccounted for on the census. That represents about $13.5 million in federal funding that Grayson County missed out on.

"For highway finds, for Homeland Security, health department funds... so many funds," James said. "It's very imperative everyone fills it out."

Bingham said THC does this count to not only get the numbers, but to get shelter for the homeless.

"It might be their time that they want to take that information and run with it, and if not this year maybe next year," Bingham said. "I'm very persistent."

So this one-day event not only helps get funding from the census, but Bingham has seen it change lives. During a past count, she came across a homeless veteran nicknamed "Box Car," because that's where he lived.

"He joined our family self-sufficiency program and ended up buying his own home," Bingham said. "So he went from living in a box car to owning his own home. That's what this program means to me."

THC will be conducting its homeless count on January 23. With plenty of ground to cover, the organization welcomes help from volunteers.

"We need to get everybody accounted for," James said.