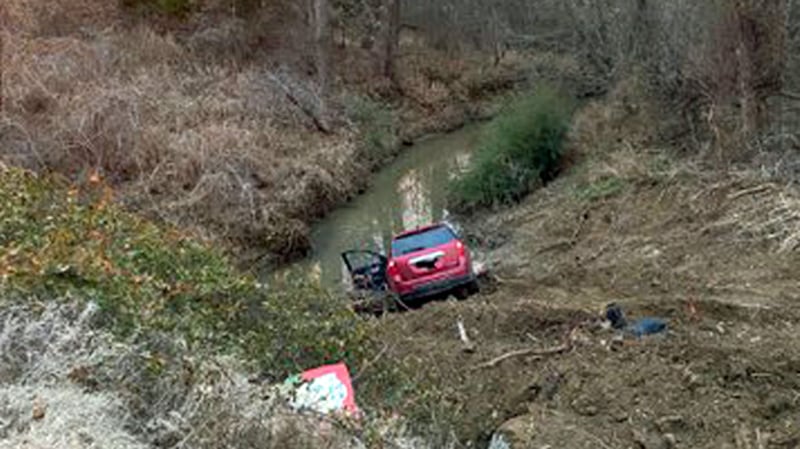 A stolen red SUV ended up in a Calera creek. (Courtesy)

CALERA, Okla. -- A chase through Calera late Thursday afternoon ended with a crash and an arrest.

It all started around 5 o'clock when police got word of a stolen sport utility vehicle. Police spotted the SUV and gave chase through the city's northwest side.

The pursuit led to US 69/75, where the driver -- identified as Noah Ford --  drove to the right of construction barriers and ended up in creek.

Ford, 23, jumped out and tried running into a metal culvert underneath the highway, but was caught by police.

He was taken to a nearby hospital as a precaution and was then booked into the Bryan County Sheriff's Office.