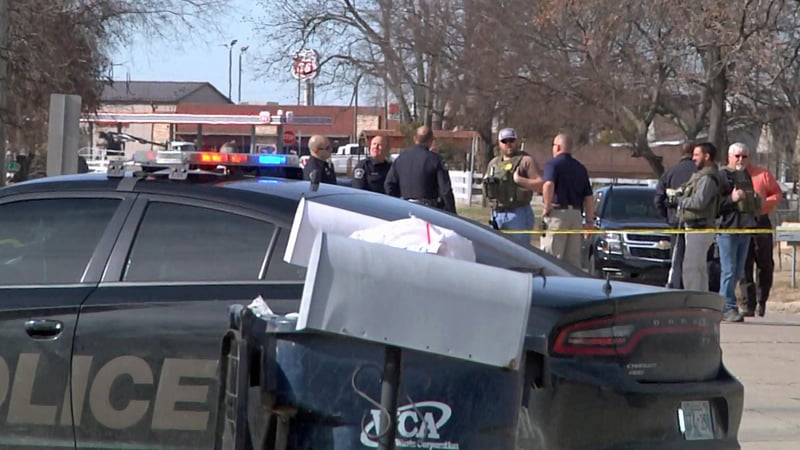 Ada police opened fire on a felony suspect after an officer was shot on December 3, 2019. (KTEN) 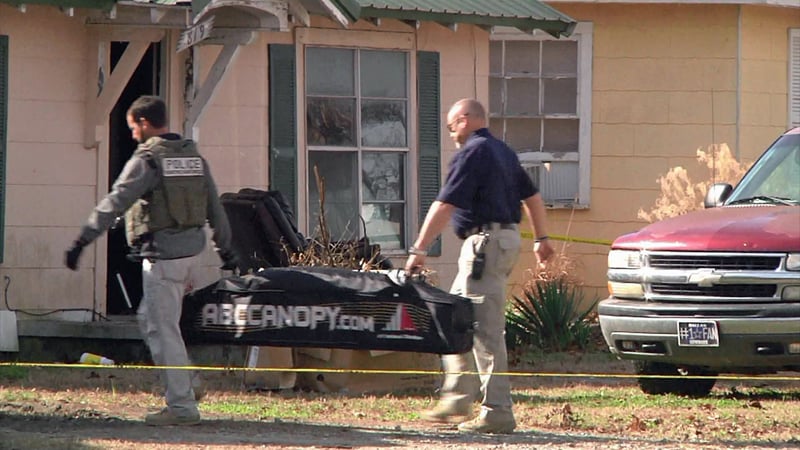 An evidence team arrives at the scene of a fatal officer-involved shooting in Ada on December 3, 2019. (KTEN)

ADA, Okla. -- The life of an Ada police officer attempting to serve felony warrants Tuesday morning may have been saved by his protective vest.

At least one other officer "engaged the suspect," shooting Thompson. He was pronounced dead at the scene.

Mericle was taken to Mercy Hospital for examination. Potter said the bullet did not penetrate his protective vest.

"His vest did its job," the police spokesman said. "He's being checked out at the hospital right now, so he seems to be okay."

Mericle, who has been with the department for six years, was later released after treatment.

Kristina Thompson, the suspect's 49-year-old wife, was at the same 12th Street address, and was also wanted in connection with a felony warrant.

She was taken into custody and sent to a medical facility for observation, then later transferred to the Pontotoc County Jail.

Potter said the Oklahoma State Bureau of Investigation has been called in to handle the police shooting case. Other agencies who were at the scene included the Chickasaw Nation Lighthorse Police Department, the Pontotoc County Sheriff's Office and the Oklahoma Highway Patrol.

KTEN.com editor Walt Zwirko in Denison contributed to this story.