From trash to treasure, plarn can change lives 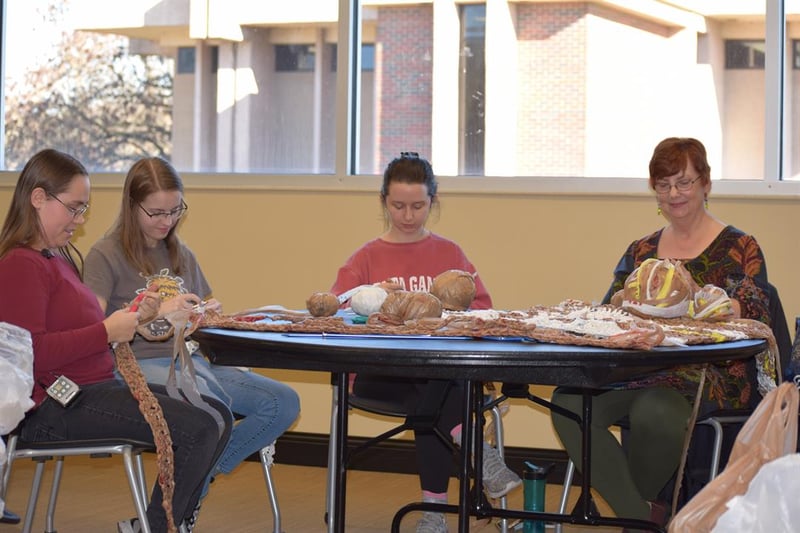 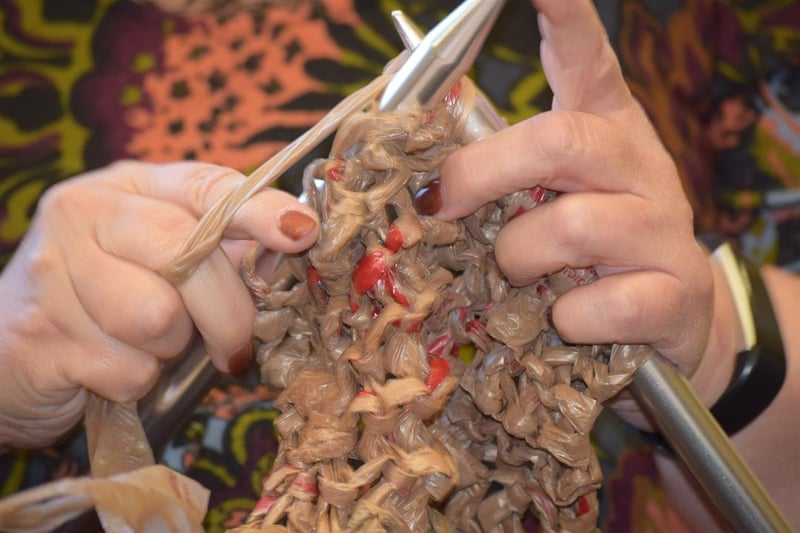 Winter weather has a huge impact on people who don't have a warm place to sleep.  But a simple leftover product you probably have too much of can make a big difference for many.

In a room at the Rhatigan Student Center on the Wichita State campus Sunday afternoon, the rustling of plastic bags was non-stop.

"It's not the easiest crochet I've ever done," one person said.

A handful of students were gathered to turn those bags into something that can keep the city's most vulnerable citizens a little warmer, a little more comfortable this winter.

"I read about it online. I don't remember how long ago," said Samantha Cosgrove, the group's organizer.

The idea, to knit or crochet the plastic bags into sleeping mats for the homeless.  The project is part of a class project to start a community arts project that engages at least 100 people.

"I'm like, 'Oh!  I like to crochet.  This would be a perfect thing to do that," Cosgrove said.  "Cause it's something that I kind of wanted to do already."

Looking down at the crocheted plastic in her hand, Cosgrove added, "It helps reduce plastic waste and then it also makes for a cushy mat that keeps bugs away for the homeless."

"There are some folks for whom a shelter just won't work," said Nancy Brown, president of the Wichita Knitters Guild.  "And if I can do something to make their lives a little easier, it's worth it."

Brown said she had some questions when Cosgrove first contacted her, mostly about who the mats would go to and how she planned to distribute them.  Once those details were worked out, she was on board.

"I would be doing some form of needlework anyway and almost all of the needlework I do is for charity," Brown explained.  "I do have a special place in my heart for the homeless because of some previous work I've done as a hospice chaplain and a hospital chaplain."

As the project moved forward, folks from a local church and nearby school donated hundreds upon hundreds of bags.

"We're taking that, we're cutting it into strips and we're turning it into yarn, called plarn, plastic yarn," Cosgrove said, describing the process.  "We got a lot of plastic.  It was a bit surprising how much plastic we got and how long it takes to process that plastic to make the yarn."

Everyone who wants to help turn that plarn into a crocheted or knitted mat is welcome to join in.

Cosgrove says her group is still figuring out how everything works as they go.

"Am I going to have to undo this?" asked one crocheter, new to the craft.  "If it's a little bit too long?"

They're still uncertain how long it will take to finish a single mat.

"I've probably got at least 20 hours in it already," Brown said, pointing at the half-finished mat in front of her.  "It's not three feet and it needs to be six feet.  So, a ways to go!"

But they're already hopeful their little group will keep growing long after Cosgrove turns in her final project.

"I would like to at least try to keep it going," she said.  "That would be really cool."

Once completed, Cosgrove says the United Methodist Open Door has agreed to distribute the mats.  If you're interested in helping out, you can find the group, the Plarn Project ICT, on Facebook.