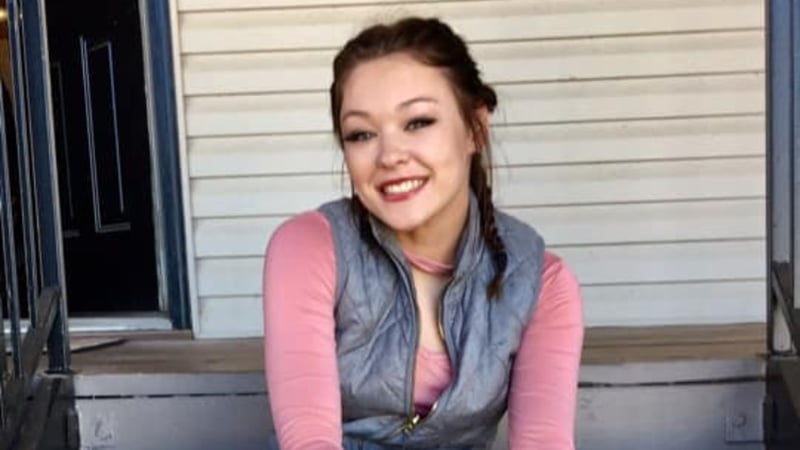 Investigators said Faith Lindsey has been missing since October 29, 2019. (OSBI)

Faith Lindsey, 17, disappeared last Friday. Nobody has seen or heard from her since.

"It just doesn't make sense. This isn't like Faith at all," said sister Justice Lindsey.

Justice said she received some strange texts and calls from her sister's cell phone the night she vanished.

"She was misspelling a lot of things that night, and Faith, she has very good punctuation and spelling and that just wasn't her," Justice said. "She kept trying to call me a lot, but hung up as soon as I answered, which is kind of suspicious."

Faith lives in Pauls Valley and worked at the local Sonic.

"He texted me Monday night saying that he can't find her; she's missing, freaking out," Justice said. "She's always contacted me. She knows my number by heart."

After investigators tracked leads into Seminole and Garvin counties, the Oklahoma State Bureau of Investigation was called in. They've had teams searching around the clock, but say they're not yet certain anything has happened to Faith Lindsey.

"Everything's on the table, but at this point in time we are actively looking for Faith in hopes that she is safe and sound," OSBI spokeswoman Brook Arbeitman said.

But Justice fears the worst.

"I have a gut feeling something did happen to her," she said. "I really hope that she's safe."