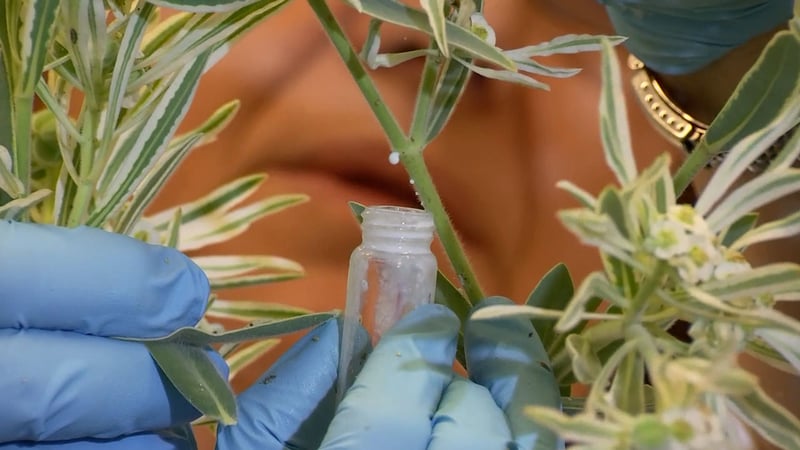 A native Texas plant known as "Snow on the Prairie" could be a breakthrough in pain relief. (KXAS) 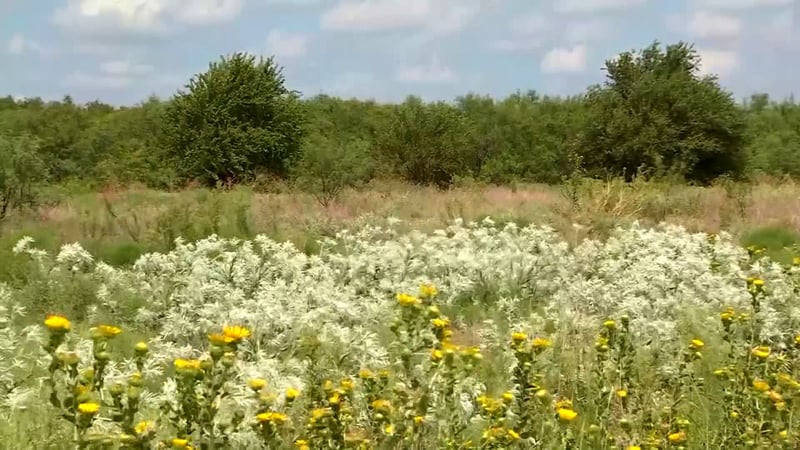 Snow on the Prairie is native to Texas, Oklahoma, Louisiana and parts of Arkansas. (KTEN) 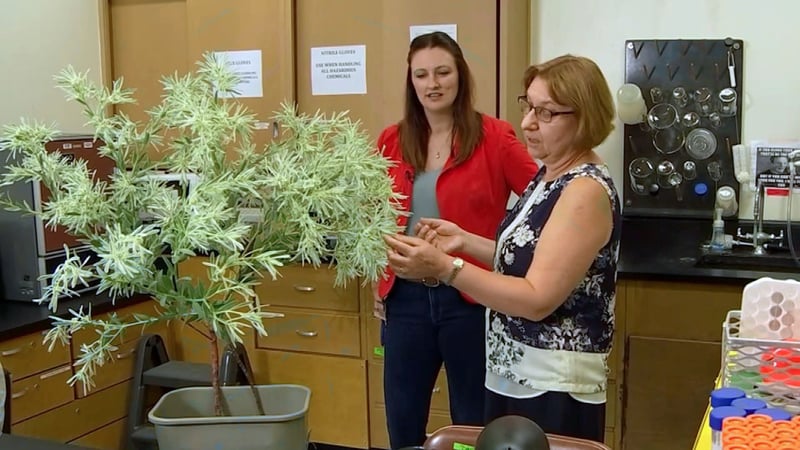 TWU scientists Camelia Maier and Dayna Averitt are studying a native Texas plant for its possible use in pain relief. (KXAS)

A chemical derived from the sap in Snow on the Prairie is being studied for its potential in pain relief. (KXAS)

Scientists at Texas Woman's University call it "Snow on the Prairie," and they're excited about its potential.

"It's native to Texas, Oklahoma and Louisiana... maybe a little bit in Arkansas... and doesn't grow anywhere else in the world," said botanist Dr. Camelia Maier.

She is one of the first scientists to study the plant. Maier said Native Americans once used the sap from Snow on the Prairie as a pain reliever.

Since many modern medicines — including opioids — are derived from plants, Maier teamed up with TWU neuroscientist Dr. Dayna Averitt, whose recent work with a similar plant  is now in trials as a cancer pain drug.

"It's likely that this has similar phytochemicals, but also maybe novel ones that we haven't been able to detect yet," Averitt said.

The two scientists have discovered a chemical inside the plant that — when used on tissue samples from animals — immediately stopped pain signals at the source of an injury.

That works differently than opioids, which change the chemistry of the brain and can lead to addiction.

Dr. Averitt said pre-clinical trials show a single injection of the chemical can stop pain for weeks at a time.

"So if you have an injury, such as a burn on your arm, if you can target those signals before they even get into the brain, then you don't have to treat the brain, you don't have the negative side effects that are associated with targeting the brain."

It's promising work, but miles from completion. Students must meticulously and carefully harvest the plant because it is toxic.

Eventually, more tests will be required to make sure it's safe for human cells.

But these scientists are hopeful that what may be a safer option for millions of Americans living in pain is, in fact, hiding in plain sight.

"The answer is out there. Hopefully we can find it, and maybe it's in our plant," Averitt said.

The researchers say the pain relieving compound derived from Snow on the Prairie could potentially be used in a cream to help burn victims.