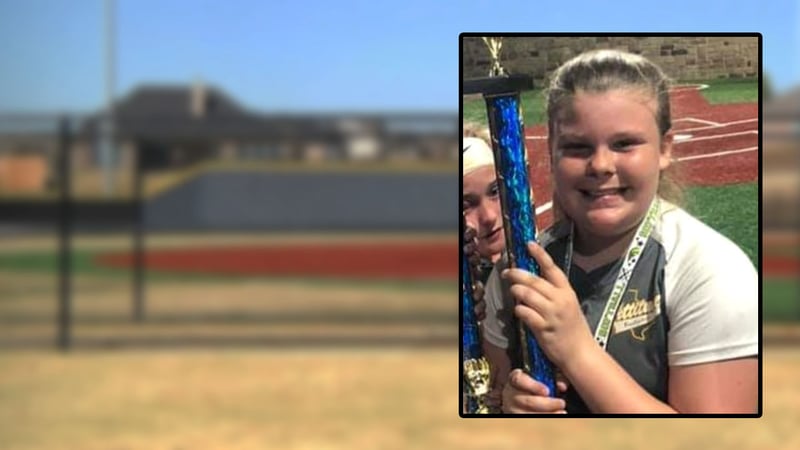 Presley Mitchell died at a softball tournament on November 2, 2019. (Facebook/KTEN)

Presley Mitchell was 11 years old and played for the 12U Texas Attitude team.

"For a child to be 11 years old and make that much of an impact on the community... she was just full of life," Presley's coach, James Bryant.

Her aunt, Lori Skipper, posted on Facebook that Presley "collapsed on the field in her favorite place. She did not come back."

She got a good hit, stole 2nd then got to steal 3rd. She didn’t get to cross home plate that last time, but once she returned to the dugout God had another plan for her; He needed another angel!

Denison EMS attempted to resuscitate Presley for almost an hour. She was declared dead at a hospital.

Skipper said the cause of death is unknown. She added that the Presley Mitchell Memorial Fund has been established at Landmark Bank.

A chili benefit dinner will be held next Sunday, November 10, at D-Bat Texoma in Sherman from 1-4 p.m.. All proceeds will go to her family.

A softball tournament is also being organized for November 23-24 to raise money for Presley's family.