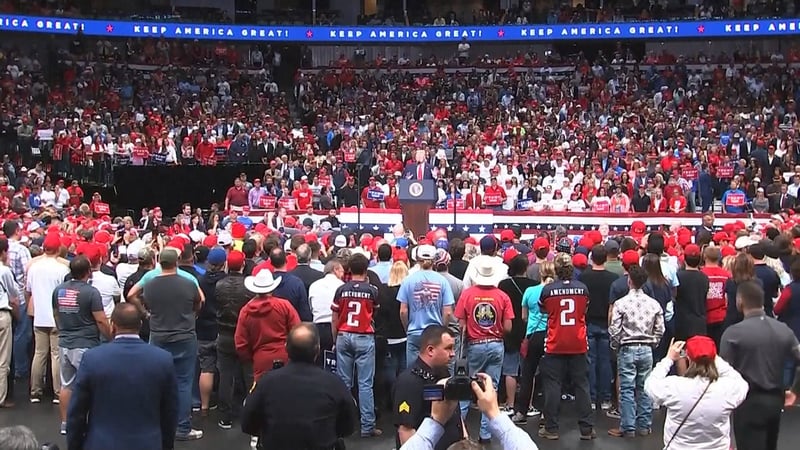 Thousands turned out for President Tump's political rally in Dallas on Thursday night, and some Texomans like Cheryl Inman made the trek south.

She said so many people were cheering at the American Airlines Center it was deafening.

During the rally, Trump spoke about the economy, Turkey, and -- of course -- the media.

"The moment in history that you know here in Dallas, Texas, we have a president of the United States coming and doing a rally here, you know that's big!" she said. "The United States is big; there are a lot of cities he could go to, and I'm glad he chose to come to Dallas, and Texans definitely support him. Like I said, over 50,000 people there. It was just a great showing and energetic."

The American Airlines Center reported a "capacity" crowd for the event; Dallas Fire Rescue said 18,500 people were inside the arena for the president's speech. The venue has a maximum capacity of 20,000.

Prior to attending the Dallas rally, Trump spent time in Fort Worth and at a new Louis Vuitton factory near Weatherford, Texas.