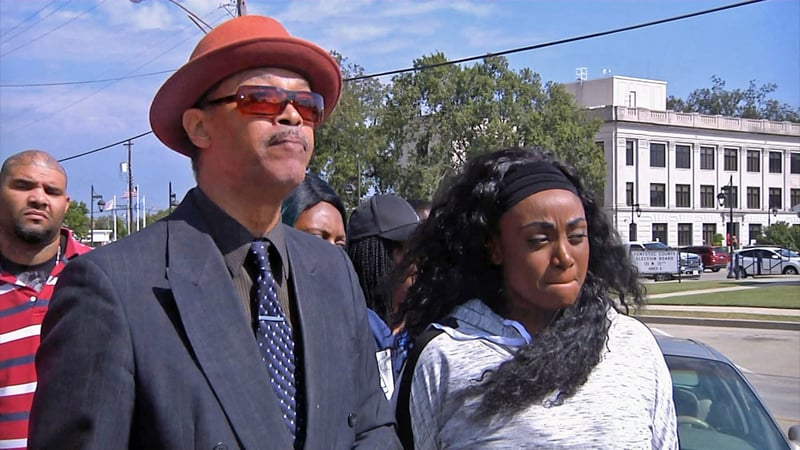 Speaking outside Ada police headquarters, activist Michael Washington argued for clear rules about the use of deadly force. (KTEN)

ADA, Okla. -- There was a small protest outside the Ada Police Department on Wednesday.

The family of Anthony Meely and several activists from Oklahoma City stood in front of police headquarters to have their voices heard.  Meely died following an altercation with Ada police officers on Friday.

"It is a tragedy to see that another black man... a young black man who encountered the police... lost his life," said activist Michael Washington. "We are demanding that an upgrade in police procedures be clearly defined when the use of deadly force can be used and utilized against an innocent human being."

Meely's family said they want to know why police failed to administer CPR when he showed signs of distress.

"Anthony Meely was breathing, so there was no reason to perform CPR," she said. "He was breathing up until the time EMS loaded him into the ambulance."

Ada police said they are working to release body cam footage of the incident that they hope will help answer questions about what happened.

Meely's family hasn't yet decided whether they will take any legal action against the city.