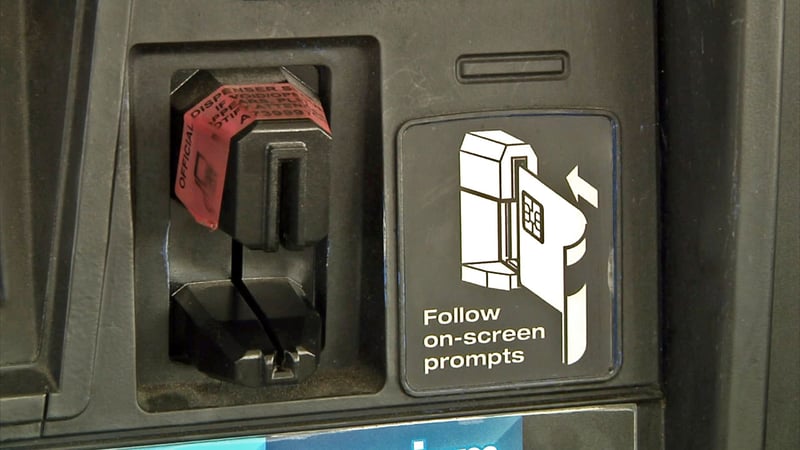 Late last month, Madill police urged motorists to be alert for the devices that can be surreptitiously installed on fuel pumps. Last week, Denison police got word of a credit card skimmer at Rogers Convenience Store on FM 120.

"We've had some trouble with it for several years," said Denison police spokesman Lt. Mike Eppler. "You'll get some, and then for a while you won't hear of it and people will come back and do it again, so it's very hard to detect."

Police are still searching for a suspect in the most recent case, and investigators say at least one other person may have been involved.

Some retailers are taking extra precautions to make sure their customers' information doesn't get stolen.

Officials say if you see an suspicious object on top of a gas station card reader or if you observe something that could be removed, let the store's owner know.

"They put something on the outside to read the credit card, or they probably open the doors to the dispenser and actually put the device inside," Douglass said.

"People put their PIN number in, and when they do, it's recording that... also the card number," Lt. Eppler added. "There's also all kinds of damaging information out there that allows people to steal your identity and steal your money."

Beginning in October of next year, all fuel pumps in the nation will be required to use chip readers instead of a magnetic stripe to help foil credit card skimmers.