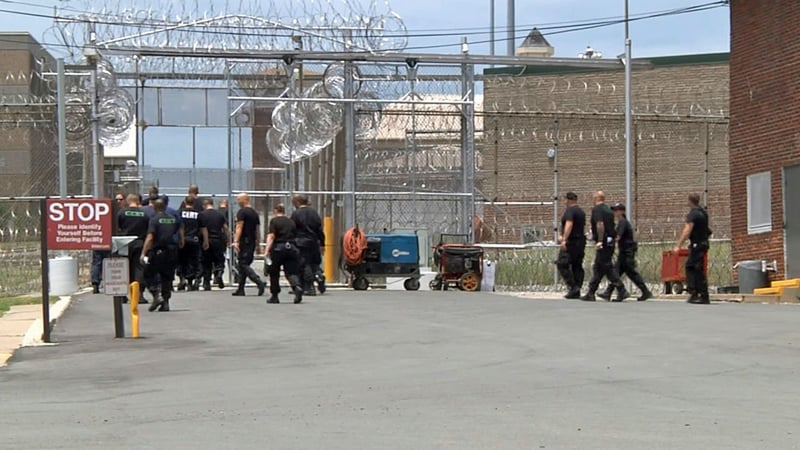 An entrance gate at the Mack Alford Correctional Center in Stringtown, Oklahoma. (File/KTEN)

OKLAHOMA CITY (AP) -- Oklahoma Department of Corrections officials say numerous weapons, cellphones and drugs have been found by investigators following a series of fights that left one inmate dead, dozens injured and prisons statewide locked down.

Elliott said 27-year-old inmate Chad Burns was killed in fighting at the Dick Conner Correctional Center in Hominy, about 90 miles northeast of Oklahoma City. Elliott said 36 inmates and several prison staff were injured, though none of the injuries are believed to be life-threatening.

Elliott said the fights were gang-related and racially motivated, but declined to identify the gangs involved.