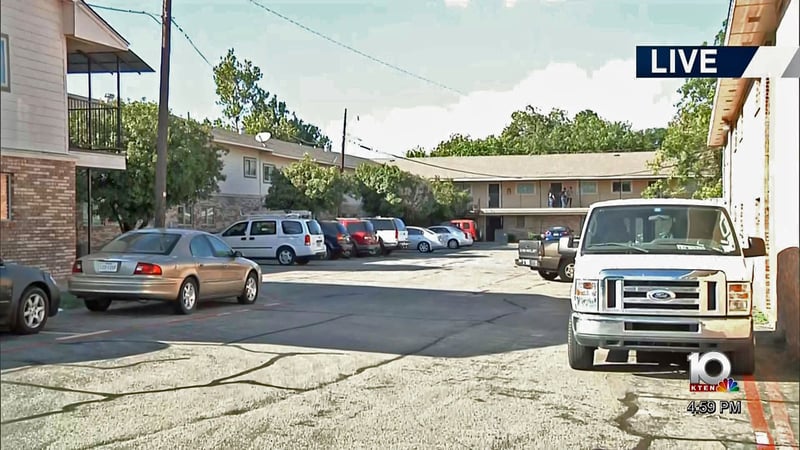 Police investigated a shooting at the Circle Apartments in Denison on September 17, 2019. (KTEN)

DENISON, Texas -- Denison police said a man was shot in the head at an apartment complex late Tuesday afternoon.

Police spokesman Lt. Mike Eppler said the call for help came in shortly after 4 p.m. from a motel across from the the Circle Apartments in the 1500 block of South Eisenhower Parkway.

He said the victim was shot at the apartments and then managed to cross the street to seek assistance. He was taken to a hospital and is expected so survive his injuries.

The suspect fled the scene.

"We have a vehicle description," Eppler said. "Red small passenger car with a right front fender that is painted white. Don't have any suspect information as of this time, but we are still investigating."

No one else was hurt, and there's no word on a motive for the gunfire.